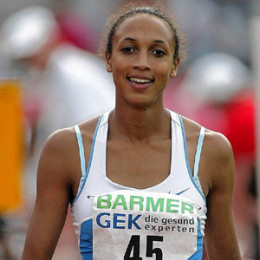 Malaika Mihambo is a German professional long jumper, who won a gold medal in 2014 European Championships. This young athlete is known for her skills, attitude, hard work and sportsmanship. Also, she participated in the 2011 World Youth Championship where she finished in the ninth position.

Malaika Mihambo was born on 3rd February 1994, in Germany. Her father is from Zanzibar whereas her mother is from Germany. From childhood, she was interested in sports and wanted to pursue a career in athletics.

At the age of 8, she began taking different classes of ballet, gymnastics, and judo. Then she joined a traditional sports club, TSV Oftersheim in the LG Kurpfalz and was trained by Ralf Weber since she was 11.

She studied at International Gesamtscheule Heidelberg and passed out her Abitur (completing the grade 12 and 13 in nine-year high school G9). Later, she studied political science at the University of Mannheim and was promoted by the University’s sports scholarship program.

Malaika made her national debut in August 2008 at Rhode, Germany. In the national level, she took second place in class W14 in the block sprint/jump which consists of five individual disciplines. The following year, she stood 3rd in the competition of the age class W15 at same championship in Bad Oeynhausen. Along with Carina Frey and Marie Kias, she won the team championship in the Siebenkampf.

She then improved her German student performance along with Carina Frey, Chantal Berg, and Marie Kias in the 4 times 100 relay of the LG Kurpfalz to 47.52 s. In 2011, she won B-youth at 6.40 m at the German Youth Championship in Jena.

In 2012, she jumped at the Bauhaus Junuiorengala in Mannheim with an irregular 3.6 m/s backwind 6.50 m wide and qualified for the Junior World Championship 2012. At the junior European championships in Rieti at the end of July 2013, she won her first gold medal with 6.70 m. A week later, she won the title of the German A-Youth Championship in Rostock with 6.60 m.

She became one of the youngest members nominated for the 2013 World Cup in Moscow where she took 18th place with 6.49 m. Not only this, she was voted for the Youth League of the Year 2013. Later, at the end of May 2014, she set a new record with a new personal performance of 6.81 m at the cosinus Kurpflaz Gala and made a qualifying standard for the European Championships in Zurich.

From 2015 to 2016, she began the season with 6.79 m where she took the 4th position at the Diamond League meeting in Rome. She won the U-23 European Championship ahead of Jazmin Sawyers and Alina Rotaru in Estonian Tallinn where she had a distance of 6.72 m and was nominated for the World Champions in Beijing where she finished 6th with 6.79 m.

Furthermore, she climbed up to 6.95 m and finished fourth in the long-distance final which was held at the summer Olympic in Rio de Janeiro and finished third at the German Championships in Erfurt held in 2017-18.

Malaika has just started her journey as an athlete and has achieved quite a success. She is fully dedicated in building a career. Busy with her training and all, she hasn't really focused on making a boyfriend or being in a relationship.

She is active on social sites including Instagram. During her leisure period, she utilizes her time reading books and traveling to exotic destinations.

Malaika is one of the rising stars of who has achieved tremendous success in a short time. Though her net worth is not yet published in, looking at her lavish lifestyle, she probably enjoys a good sum of net worth not less than six figures.