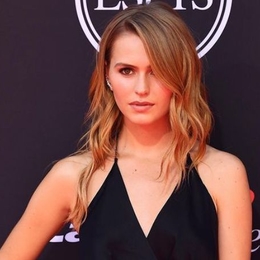 The daughter of Wes Edens and Lynn Edens was born on April 18, 1996, in New York, United States of America. Mallory is the youngest sister among her three siblings, Madison, Ryan, and Quan. The beautiful lady belongs to Christianity and her zodiac sign is Aries. She is entitled to be one of the most celebrated  Celebrity kids and is known for her lavish and luxurious lifestyle.

Edens belongs to a strong business family background, where her father, Wesley Edens is a renowned American businessman, sports team owner, and private equity investor. Moreover, Wesly is the co-founder of a widely popular  Milwaukee Bucks NBA Team with his powerful name in the business. Similarly, Edens's mother's profession isn't clarified however, the couple is seen to be in a lovely bond since marriage. 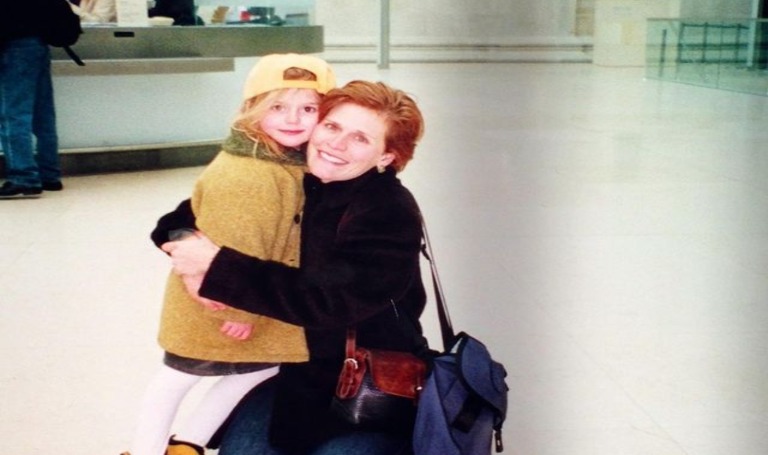 The siblings of the young lady, Mallory, aren't as active as their sister, on the social platform though they are familiar to have royal lifestyles. Among her siblings, she is the youngest well-established personality popular for her beauty and hard work in the US.

Instagram sensation, Mallory made her debut as a business executive in NBA Lottery Draft,2014, where she gained huge followers on her social media accounts. Besides she is a successful model, who worked in association with Elite Model Management and Women Management Los Angels. Her primary sources of income are modeling and business associations. Reportedly, the star is also an advocate for women in SportsClub. 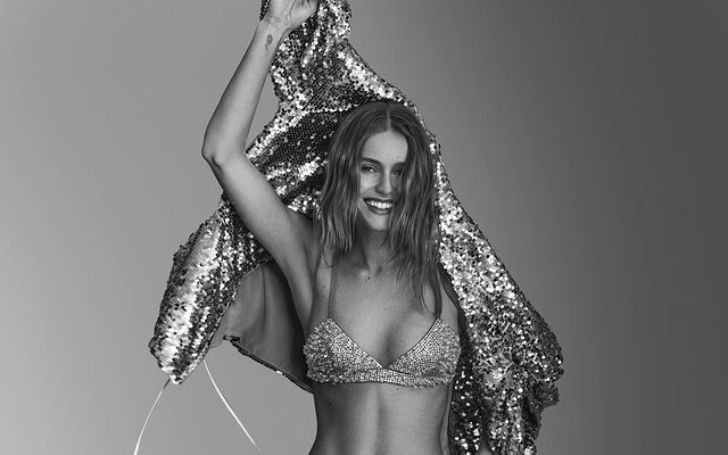 Likewise, Diva earns income through her post with her videos of her modeling and lifestyle on Instagram, Facebook, and  Twitter. Looking at her popularity, the young lady has a pretty good fan base on Instagram entitled @malloryedens with more than 215k followers. Similarly, she is active on Twitter, with followers of over 60k, where she tweets about her personal and professional concerns.

Regarding Mallory Edens's love relationship, she is secretive about her personal affairs and love life on the social platform. The sizzling model has successfully hidden her private moments and her boyfriend, though she posts pictures of guy friends on her account, she hasn't confirmed her relationship. Currently, she's single and not dating anyone.

Edens's personal life related to her young man is seen to be kept behind the shadow. The influencer can keep her secrets even being in the limelight.

Talking about the celebrity child's relationship, the media linked her name with a famous American football quarterback Aaron Rodgers.

On 20th April 2022, Mallory and Aaron were spotted watching the game between Milwaukee Bucks and Chicago Bulls together. Through their public appearance, people became curious about their relationship status. 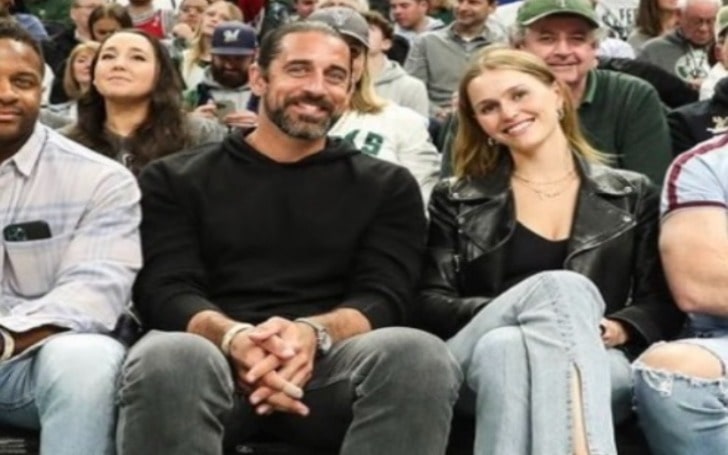 Mallory Edens with her rumored boyfriend Aaron Rodgers  SOURCE: BlackSportsOnline
Many speculations and stories were made about their relationship, consequently, Aaron Rodgers declined the rumor and claimed that he's still in a relationship with her official girlfriend, Danica Patrick. They were confirmed to be just good friends and executives.

The Celebrity kid, Mallory Edens, is identified as a billionaire's daughter, though she has created her career on her terms and hard work. She has a net worth of $1 million, she hasn't become a billionaire till the moment like her father, Wes Edens. Instagram star net worth comes from modeling, business participation, and social media handles. 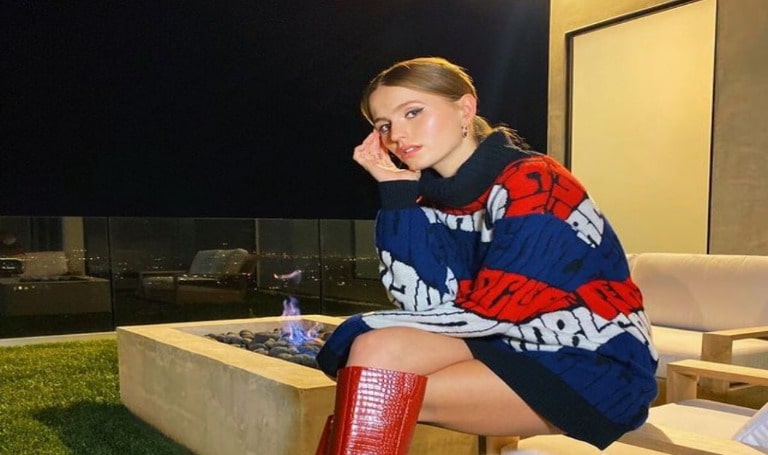 Mallory Edens posing in her apartment SOURCE: Instagram @malloryedens
Mallory has reportedly signed modeling agency Lipps LA and promotes various brands and associations through her official account. Being a well-known model, she charges a good amount for her photoshoot and work.  She is also a representative of the Basketball team, which she earns from her appearance and participation in the concerned association.

The LA-based model had become viral after the controversy with popular Canadian rapper and singer Drake when she wore a"Pusha T" T-shirt to troll Drake, a supporter of the Toronto Raptors during the match between the Raptors and Milwaukee Bucks on  23rd May 2019. Back in 2018 Drake and Pusha T had a bitter feud which leads to personal conflict After the victory of the Toronto Raptors in the series, Drake immediately changes Mallory's picture on his IG to troll her back hilariously. 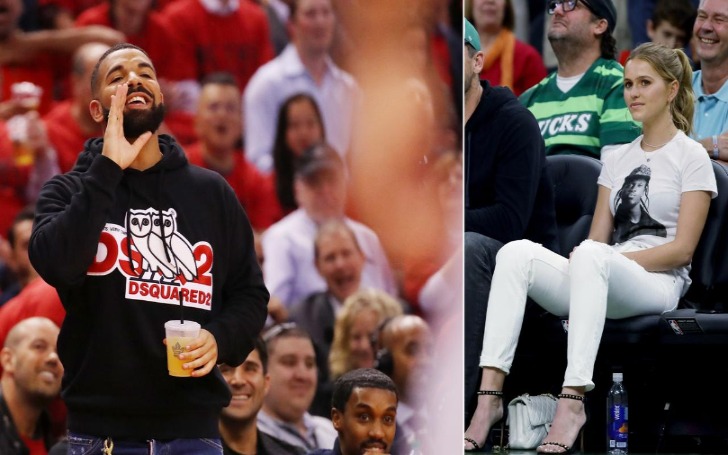 Drake trolled Mallory Edens for wearing a "Pusha T" T-shirt in the match between Bucks and Raptors   SOURCE: Fox Sports

Drake even mentioned Edens and posted on his IG, " All is fair in war and war and trust me I'll still get you tickets to get ovo fest" to give a befitting reply to her.  After she trolled Drake, she grabbed the attention of NBA fans and created a buzz in the media. In an interview, Edens stated and confirmed that she has a good term with rapper Drake now.

The social media influencer, Mallory is appreciated for her sizzling figure. Her body weight is 55 kg.  Her body measurement is 34-24-35 size and she is 5 feet 6 inches (cm) tall. The lady is inherited by hazel eyes and long silky blond hair. She wears a 32 B bra size. The model's shoe size is 6. Reportedly, she hasn't had any kind of tattoos or surgeries on her body. 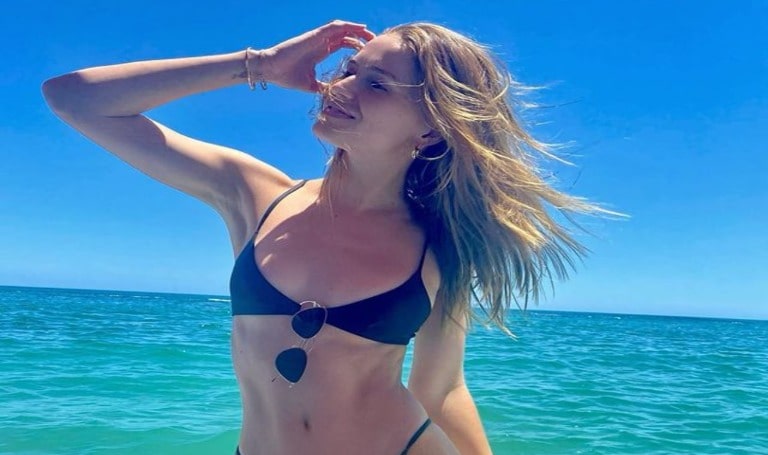 The reason behind her appearance is, that she maintains her healthy lifestyle by following her proper diet of fruits and vegetables. She even motivates her followers on her post to adopt the nutritious way of living through her posts and health association.

Check out the videos of the interview with Mallory Edens.