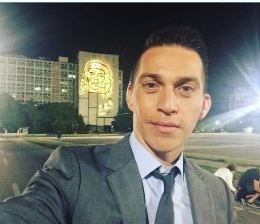 Manuel Bojorquez is a cancer survivor hero and an American journalist who serves as CBS News national correspondent since he was hired in 2012. Manuel covers news from Miami.

Manuel Bojorquez is happily taken indeed. Not to mention, the CBS news reporter is gay and currently is married to his boyfriend turned husband named Tyler Sieswerda. The beautiful couple first met in August 2003 and tied the wedding knot in 2012. Recently, a year ago, Manuel and his partner celebrated their eighth anniversary on August 12. 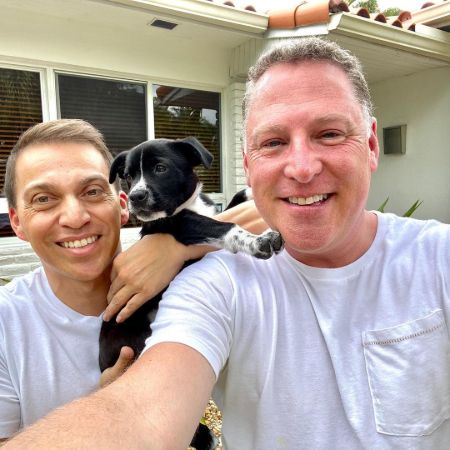 Manuel always remained silent and private about his marital life whereas his partner is vocal about their relationship and isn't afraid to share pictures of them eating, playing with dogs, traveling, driving and whatnot, on his Instagram handle. The couple is together for almost two decades now.

Previously, Manuel fought with a very rare yet deadly disease known as non-Hodgkin Lymphoma, a kind of cancer. During this difficult phase of his life, he trimmed all the hair of bodies and underwent many treatments like chemotherapy. 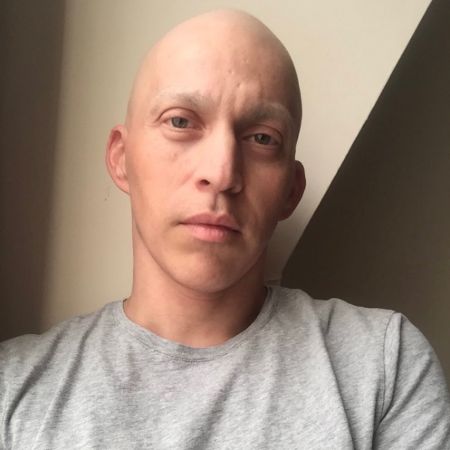 Manuel Bojorquez battle with cancer. SOURCE: Manuel Bojorquez Instagram
During the unseen battle with cancer, Manuel couldn't work well on his reporting in CBS news. However, because of the enormous support received from his family, friends, and well-wisher, Manuel won the battle that he was fighting for five long years. In addition, CBS Journalist also paid tribute to all those who lost their fight with cancer and survivors through one of his Instagram posts.

After graduating from USC in 2000. Manuel Bojorquez started working at KESQ in Palm Springs, California, KNXV, and WSB. It was only in 2012, Manuel got a job opportunity at CBS where he worked as a Dallas-based correspondent before being promoted as a national journalist in January 2017. Then based in Miami, Bororquez has been reporting overall CBS News on all platforms.

In addition, Manuel covered a number of important stories including Tropical Storm Fay, presidential elections, and the first Sunday service at Ebenezer Baptist Church after President Barack Obama's victory, at WSB-TV. In 2011, he was awarded a NATAS Southeast Emmy for his Live Reporting performances. 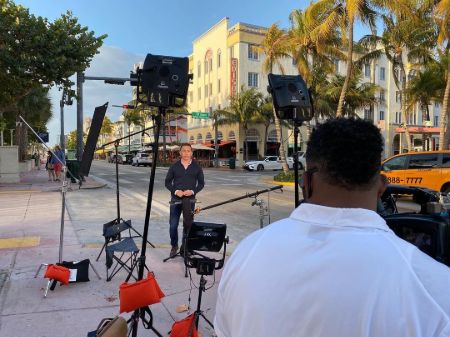 The CBS News Reporter became even more popular after he took an interview with Pope Francis during his visit to Mexico in 2016. Furthermore, he also seems to be quite busy with his upcoming projects.

Watch the live reporting video from reporter Manuel Bojorquez talking about the bus crash in Mexico below.

Manuel receives an annual average salary of $102,548 per year from his news reporting job on CBS News. The net worth of Manuel is estimated to be around $500k. With such whopping fortune, he lives a quality and lavish life in a beautiful house in Dallas.

The CBS Correspondent Manuel Bojorquez is blissfully married to his husband Tyler Siesweda. The couple tied a knot in August 2012.