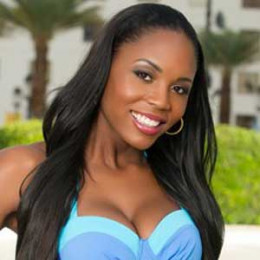 An Angolan model beauty pageant contestant and beauty pageant titleholder, Marcelina Vahekeni was crowned Miss Angola 2011 and was given the crown by Leila Lopes well known as a former Miss Universe 2011. She then represented her country in the 2012 Miss Universe pageant.

Marcelina Vahekeni was born on 2nd November 1990, in Ondjiva, Angola. She grew up in a small village in Luanda in the South of Angola. She spent her childhood in her country, despite the political tensions at that time. She is a student of Human Resource Management and prepared a trip to Brazil. Its agenda included working meetings with members of the Miss Brazil Committee and private activities.

Marcelina Vahekeni is currently working as a social worker. She has been engaged in many charitable activities. A few months after the end of her mission and consequent participation in the Miss Universe 2012, the beautiful Marcelina was in the association "Extend Your Hand."

Marcelina represented Angola in Miss Universe 2012 held in Las Vegas. She appeared in her national costume, which included a traditional dress printed with bare-breasted Angolian women  and was displayed in Time Magazine's Style section.

Personal Life and Net worth

Marcelina's professional life has over shadowed her personal life. She has given prirority to her work and dedicated towards achieving more in life. She is possibly single now.

Well her actual net worth has not been revelead to the media but she might probably have huge worth as she was also Miss Angola 2011 and also a participant of Miss Universe 2012.