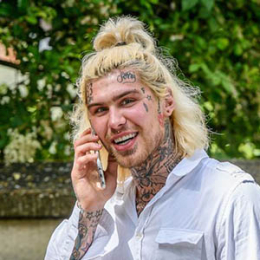 The reality TV star and social media personality, Marco Pierre White Jr. enjoys a decent career with most of it being out of the spotlight. Moreover, he appeared in the show Big Brother U.K. in 2016 and made quite an impact in his short stay in the house.

The media star, Marco Pierre White Jr. enj.oys a secretive personal life and people are curious to find out more about it. Let's dig deep to explore about his intimate life!

British born, Pierre Jr. is in a relationship with a mysterious girl as of now. However, he remains silent about the identity of the girl and hasn't revealed any details about her. Also, it's unsure if he is already engaged to her or anything else.

Marco moreover is always open about his relationship status to the media but this time around, he's keeping things under wrap. Moreover, the 24-year-old is soon going to be a father for the first time with his mysterious girlfriend. He shared a picture of a scan to his Instagram story, revealing it being his first baby girl. Check out the picture he shared! 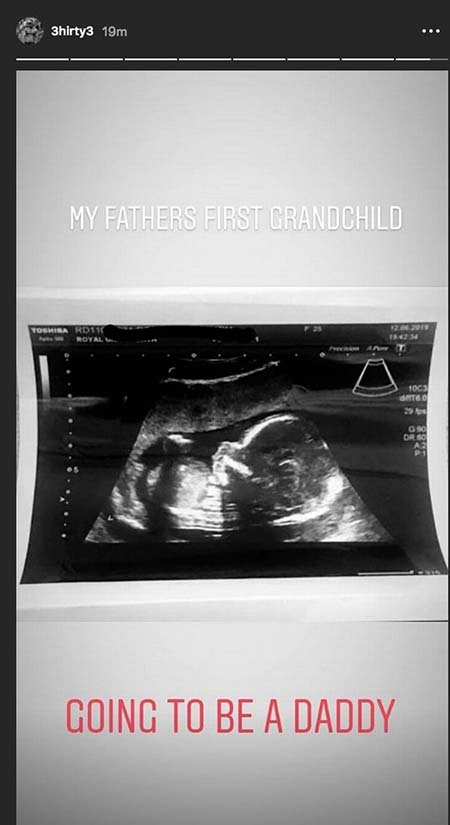 Marco Pierre White Jr. shares a picture announcing the news about his girlfriend being pregnant with a baby girl.

After the life he had so far, Marco is soon going to taste the happiness of being a dad and will add more responsibility to his name. Well, the mother of the child is yet to be known more about. Also, recently on July 29, 2019, he shared a sweet picture of himself kissing the baby bump of his girlfriend! 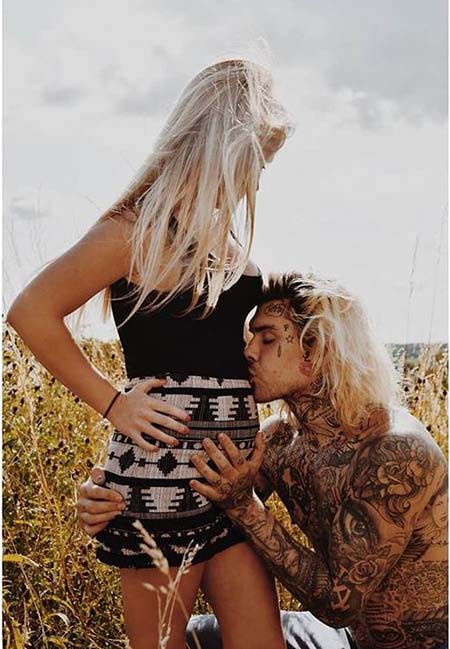 The pair received congratulations as well as loving comments. Nevertheless, Pierre Jr. didn't reveal any information about the mother to be and didn't tag her in the picture. Besides, he's quite excited about the baby girl and even bought the puppy for her. he stated,

"So I just bought this little puppy for my daughter. A little Chihuahua"

The father to be can't wait to welcome his first child and seems to be prepared for the day. Just after a day, he announced about the child, he shared a picture to his Instagram story with him and a little dog and mentioned, 'My Little Girl's Puppy.'

Who Did He Date in the Past?

The young British star was previously in a few relationships which didn't turn out well for him. Not only he dated few, but he was also actually engaged to at least two of his ex-girlfriend. When he went to the Big Brother house in 2016, he was engaged to his then-girlfriend turned fiance Kim Melville-Smith. 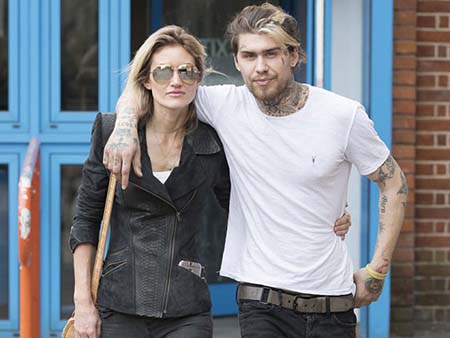 The star with his ex-girlfriend, Kim, before entering the Big Brother house. SOURCE: Celebs Now

Pierre further got close to the housemate, Laurie Karter during the show and shared some intimate moment and even had sex on the show with her. His such action caused his relationship with Kim to break up and while he left the house, he was single.

After the show, he got into a relationship with his ex-girlfriend, Francesca. Moreover, he even made a, F tattoo above his left eye, showing love for Francesca. Also, popped up the question to her and she said yes, which he captured in a video. Just take a look!

The ex-couple despite being attached to each other, parted ways for some unknown reasons. Furthermore, they had a fling in early 2019 and managed quite a secretive dating life all along. Also, Pierre previously dated his ex-girlfriend, Carina Evans and had a secretive relationship, while it lasted.

Got into Controversies Quite a Lot

With his brief time in the show, Marco created quite a fuzz in it with his behavior. His impression on the show lasted long after it ended as he has had some crazy moment in it.

The star further was already a fiance of someone while entering the show, but he maintained an intimate relationship with one of the housemates, Laura Carter. He even mentioned, he got a hall pass from his girlfriend, for the time on the show. 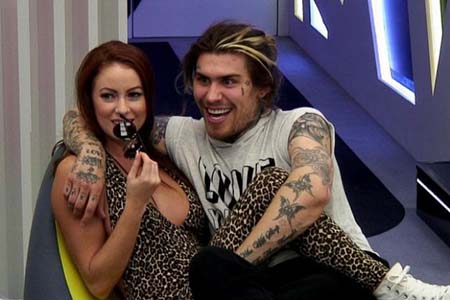 Charged With Possession Of Class A Drugs

Apart from his fling on the show, Marco was a drug addict and used substances in the past. Moreover, at just 16, he first went to rehab and is always in and out of the facilities so far. Well, he even bragged about enjoying drugs and prostitutes from his dad's $307,000. Besides, the young man has been arrested a lot of times in the past but is yet to serve jail time. Also, his such habits had him cut him off completely after he spent £200,000 or $247,234 on drugs in Ibiza. 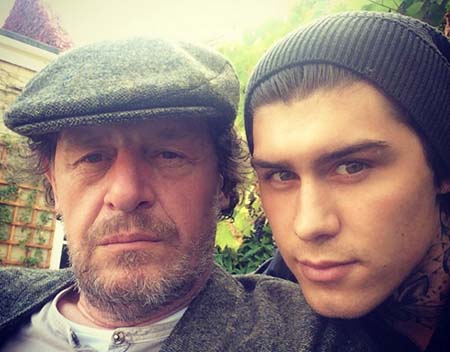 Recently after announcing the baby on the way, Marco was charged with yet another drug case from May 2019. As per the reports, he used drugs while he was at the Costa Coffee of Earl Court's branch. The former Big Brother contestant was due to attend the courtroom on July 29, 2019.

Marco Pierre Jr. has a decent career in the entertainment industry, having appeared in a hit show. So, what net worth does he hold and what earning does he regularly make? Let's find out!

Marco Pierre Jr. accumulates the net worth of around $200,000 to $500,000. He is a reality TV star and is quite popular in social media with a significant number of followers, which helps him garner a decent earning. On the other hand, his father, Marco Pierre White holds a net worth of whopping $40 million, coming from his profession of chef and the owner of restaurants.

Check out the video of him from the show, Big Brother U.K!

The ex-contestant of Big Brother U.K. is an internet star and has a significant number of followers on his Instagram. He earns around $300 to $500 per post from Instagram and also makes more money from sponsorship deals.

Pierre Jr. identifies himself as a television personality and gained fame only after appearing in the show, Big Brother U.K, in 2016, alongside Andrew Tate, Emma Jensen, and a few others. Although he got evicted quite early on, he made some impact and caused a few controversies in the house. Besides, he is a social media celebrity with some good number of followers to his account. 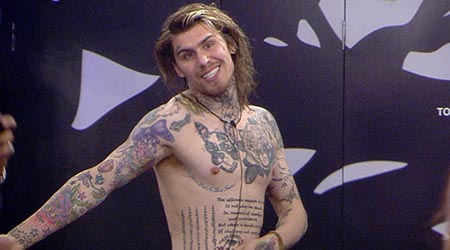