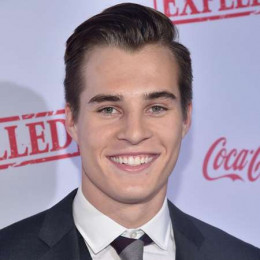 An American actor and vine star who has 5 million followers in his vine and has been listed in the top 5 of most followed people on Vine. He is younger brother of Cody Johns who is also an actor and vine star. According to him his brother inspired him to post him videos in vine and within ten days he had more than 1,000 followers. He has also starred in movies like The Punisher, Rock of Ages and Expelled. He was appointed as social media consultant for the 2014 Oscars red carpet.

Due to his humorous behavior and good look he has earned many fans and majority of them are girls. So he must have dated with lots of girls but his dating history is like empty. Till now there is only one girl known he has been dating so far and he seems to be still dating her. His girlfriend is a student. He often updated his profile picture snapped along with her. He has not married yet.