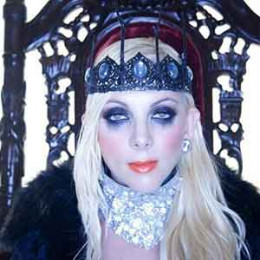 Maria Brink is an American singer and songwriter who oozes fans worldwide as the lead vocalist and pianist of the heavy metal band, In This Moment. She received "Rock Goddess of the Year in 2013 and 2015 Annual Loudswire Music Awards.

Maria Brink summoned a hefty wealth through her successful career as a Heavy Metal singer and through endorsements deals. She holds an estimated net worth of $1 million as of 2019.

I found god in a purple haze Photo by #troyfisher

Maria has several chart-topper albums as well as singles adding up to her already astounding net worth. Each of her albums grosses around $400k-$1million worldwide.

She also tours the world alongside her band In This Moment with their hit albums. The band earns in the range of $25k to $400k per show.

Maria Brink remained a single woman for many years after she broke up with Jonathan Miller. She indeed remained focused on her career rather than pursuing the romantic aspect of her life. 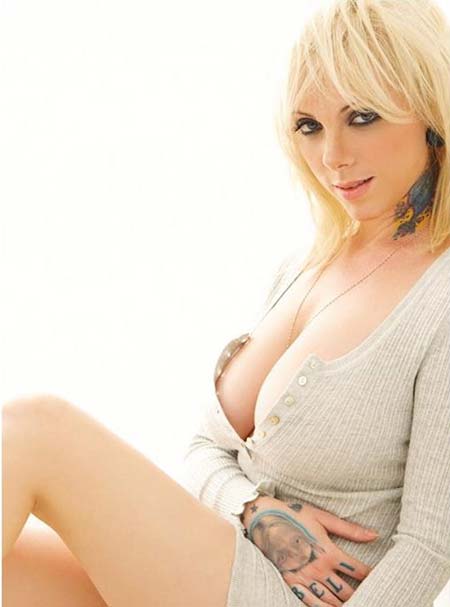 Maria Brink is a musician by profession.
SOURCE: Last FM

Brink once dated DevilDriver's member, Jonathan Miller but split up with him in 2010. Brink is secretive about her private life and doesn't share much of its happening with the public.

To add up, Maria has a son named Davion Brink, whom she gave birth to when she was at the tender age of 15. The identity of the biological father of Davion has not been disclosed yet. She worked in a launderette in order to pay rent as the baby's father left her all alone with the child.

Happy Birthday to my beautiful and perfect son . I am so proud of you and how beautifully you see the world . This will be your best year yet . I am the luckiest mother on earth to have you  I love you  @etricegallery #mysoul #myroots #itsallforyou

Maria is living a fulfilling and blissful life with her son. The mother-son has a great connection which can be witnessed in their shared love for art and painting.

And, after Jonathan Miller, the musician met the vocalist of the metal band Ded which originated in Arizona. The lucky man is none other than Joe Cotela that Maroa fell in love with. Maria and Joe have been reportedly together for over a year even though the singer isn't fond of being vocal about her relationship with her fans online her man who loves sharing pictures of the couple on his social media. 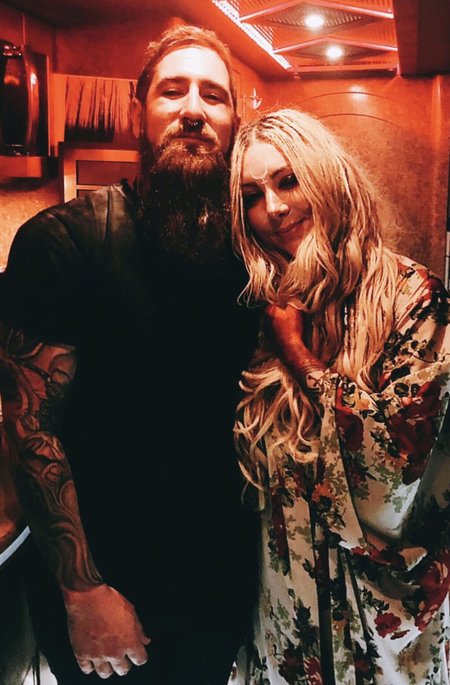 Besides, Brink and her man became closer after the two started working together and touring together. As of January 2022, Brink and Cotela are not engaged to be married. Hopefully, fans will see Maria walk down the aisle in her white dress soon.

Maria Brink was born on December 17, 1977, in Schenectady, New York, United States. Brink's musical career flourished with the support of her mother and the rockstar has mentioned the in numerous occasions.

Brink had a rough childhood with her father varnished when she was still very young leaving her alone with her mother. She was sexually assaulted by her father in her early years.

Moreover, her mother was a drug addict as a result of severe depression. It complicated the childhood life of the singer even more. However, provided the freedom and support Maria got to explore her artistic side and make her mark in the music industry.

Revolver Magazine declared her as one of the "25 Hottest Chicks in Hard Rock & Metal".

Davion Brink was conceived when his mother was just 14 years old. He is an artist now.