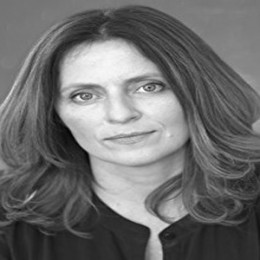 Marian Quinn is an Irish-American actress, director, and writer who is famous for her work in the movie 32A. She also is known for Long Time Since, Hit and Runway, Claire Dolan, This Is My Father and TV series The Confession and Law & Order. She is living a happily married life with her husband.

Marian Quinn was born on 6th June 1964 to Michael Quinn and Teresa Quinn. She grew up along with four other sibling brother: Aidan Quinn, Paul Quinn, Declan Quinn and Robert Quinn. Her father is a professor of literature whereas her mother is a bookkeeper: also worked in a travel business.

Her brother, Declan Quinn is a cinematographer, Paul Quinn was a writer and director, and Aidan Quinn is an actor.

From her early days, she wanted to pursue a career in acting and soon she made her acting debut from the movie, Broken Harvest in 1995.

The following year, she made her appearance in the movie Alchemy, and the Damien Leake drama, Under the Bridge. During the period, she worked for the Television around the start of her acting career with a role on Law & Order which aired from 1990-2010.

In 1999, she continued to act in production like the Jimmy Smallhorne drama, 2 By 4 and the drama Claire Dolan with Katrin Cartlidge. During the period, she made her appearance in the TV movie, The Confession.

Also, in 2001, she was cast in the Michael Parducci comedic drama, Hit and Runway.  In 2002, she made her appearance in Evelyn with Pierce Brosnan and Long Time Since with Paulina Porizkova.

Moreover, she is a writer and director. Her hard work is seen in the movie, 32A that starred her sibling brother, Aidan Quinn, Ailish McCarthy, Sophie Jo Wasson, Orla Long.

Marian Quinn is married to Tommy Weir since very long time. Being quiet secretive, she has never revealed about her personal life. The duo has even worked together in the featured movie, 32A where Weir worked as a producer and Quinn worked as a director and writer.

There is no any news regarding her divorce and children. Seems like the couple is enjoying their relationship and do not want to share any children.

The talented personality Marian earns lucrative amount from her career. Though Quinn's net worth is not disclosed her luxurious lifestyle suggests that she is making quite a good sum from directing and producing movies. She probably has an estimated net worth more than a million.

Tommy Weir is a producer who has several projects in development for Janey Pictures, their production company.