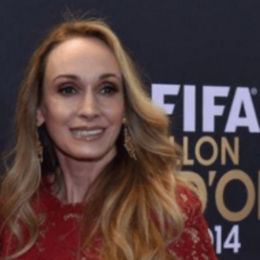 Mariann Barrena McClay is an American businesswoman who came to the limelight after getting married to football manager Carlo Ancelotti. Other than that, she is the owner and president of Mondo Uomo Enterprises Ltd.

Mariann Barrena McClay Married to Carlo Ancelotti; How Many Kids Do They Have?

Mariann Barrena McClay is a married woman. She blissfully tied a knot with her partner in July 2014 in Vancouver. The ceremony took between 50 to 100 guests, including friends and family. Mariann first met Carlo in 2011 and dated for three years. 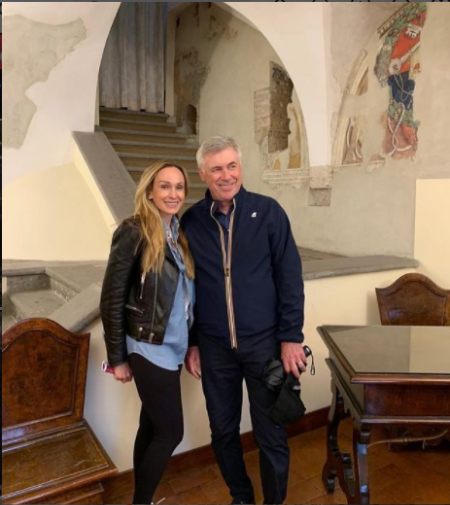 Before Mariann, Carlo was previously hitched by a lady named Luisa Gibellini in 1983. The two remained husband and wife for many years until they called it quit in 2008. Right after the divorce, Carlo moved on with Romanian beauty Mariann Cretu. 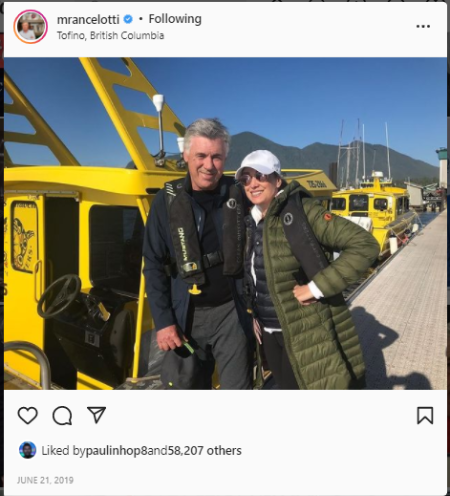 Mariann has a seventeen-year-old daughter Chloe McClay with her ex-husband. Chloe McClay is a student at Tring Arts Educational School in England. Her spouse Ancelotti also has two children, Katie and David, with his first wife Gibellini.

The couple welcomed their first child Katia Ancelotti in 1984 and the second one in 1989. Davide Ancelotti is an assistant coach at Everton.

Mariann Barrena McClay bags a decent amount from her successful career as a businesswoman. She serves as a proprietor and president for Mondo Uomo Enterprise Limited. Before fame, the blonde beauty was an advisor for Barclays Bank and Elsworthy Capital.

Check out the short clip of Mariann Barrena McClay and her husband!

Barrena McClay has also worked in the investor's department of Dayton Mining Corp. Currently, she is enjoying the lavish lifestyle with her husband Carlo, who has an eye-popping net worth of $50 million.

Carlo Ancelotti has summoned an estimated net worth of $50 million as of 2022. He receives a paycheck of $10.5 million from his job as a football manager. Ancelotti had been a part of the Milan team since the 80s when Milan was height. He was chosen as a Milan manager in 2001.

In 1974, Ancelotti started his career with Parma, and in 1979 he transferred to Roma. Amidst his work with Milan, Carlo netted a powerful shot amidst the Rossoneri's 5-0 thrashing of Real Madrid in the 1989 European Cup semi-finals.

Ancelotti made his Ital national team debut during his international career and scored his initial goal in 1981. The father to two made a total of 26 performances during his career. In 1991, Ancellotti announced his retirement from international football 1991.

Mariann Barrena McClay has been married to Carlo Ancelotti since 2014. They are together for more than seven years.

Mariann Barrena Mcclay was previously married to a man whose identity is still mysterious. Mariann shares a daughter with ex-husband.

Chloe McClay is the first child of Mariann Barrena McClay with her first husband. Chloe is a step daughter to Carlo Ancelotti.