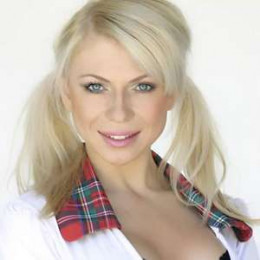 Marina Orlova is a Russian YouTuber who calls herself a philologist. She is famous for her channel HotforWords. Marina began researching her Internet curriculum on English word origins in December of 2006 and in February of 2007, officially launched the HotForWords channel. Her videos have been seen almost half a billion times. Marina graduated from State University of Arzamas in 2002. In each video, she takes word requests from YouTube users and discusses their meanings and origins.

Marina Orlova is called the “Sexiest philologist in the world” by New Yorker Magazine proving her tagline, Intelligence is sexy. She was voted the World’s #1 Sexiest Geek by Wired.com, she’s a regular on Fox Network’s O’Reilly Factor Show, she was voted the 5th hottest woman on the net by G4 TV. Marina is well known for her sexy and well-maintained physique. She has not revealed anything regarding her relationships.