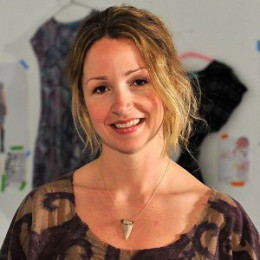 American actress, Marissa Ribisi is best known for her appearance in movies like Dazed and Confused, True Crime, The Brady Bunch Movie, Pleasantville, and Don's Plum. She is active in the film industry since 2004 and as of now has worked on numerous films and TV series. Currently, she lives in Los Angeles, California along with her husband and two children.

Marissa Ribisi was born Santina Marissa Ribisi on December 17, 1974, in Los Angeles, California. She is American and belongs to Mixed ethnicity (Italian, German, English). She is the daughter of Gay (née Landrum), a manager of actors and writers whereas her father, Al Ribisi is a musician.

Ribisi was raised along with her twin brother, Giovanni Ribisi who is also an actor. At the age of 9, she began acting. She is a Scientologist just like her father and brother.

In 1993, Ribisi made her feature film debut from Dazed and Confused appearing alongside Matthew McConaughey and Adam Goldberg. She co-wrote the movie, Some Girl and starred alongside Michael Rapaport, Juliette Lewis.

Some of her screen credit includes True Crime, The Brady Bunch Movie, Don's Plum, Pleasantville, Felicity, Friends, Grace Under Fire, Watching Ellie, as well as the TV miniseries Tales of the City. From 1999 to 2000, Ribisi appeared on the short-lived TV series, Grown Ups. She also featured in the movie, 100 Girls.

In 2007, Marissa Ribisi launched her own fashion line, Whitley Kors in collaboration with Sophia Banks.

Marissa Ribisi total net worth is under wraps but considering her acting career it might be in millions. In 1995, her movie, The Brady Bunch earned $46.6 million at the box office.

Ribisi has featured in many box office hit movies and also in some flop movies too. In 1998 when Pleasantville hit the big screen, it only earned $49.8 million, made under the budget of $60 million.

As per some online sources, actors in the U.S, appearing in TV series, on an average earn around $75k-$85k per episode.

Marissa Ribisi is a married woman. She tied the knot with musician and recording artist Beck in April 2004. Their wedding was a private ceremony which was held in the presence of their closed ones and family members.

The couple is blessed with two children, a son Cosimo Henri Hansen (born in 2004) and a daughter, Tuesday Hansen (born on 2007). Ribisi is enjoying her blissful married life along with her family in Los Angeles.

Check out the audition tape of Marissa Ribisi for Dazed and Confused,

Beck Hansen is the musician and recording artist. In April 2004, he married to Marissa Ribisi at an intimate ceremony.

Cosimo Henri Hansen is the first child of Marissa and Beck Hanse. He was born in 2004 just after his parents' wedding.

Tuesday Hansen is the only daughter of Marissa Ribisi and Beck Hansen. He was born in 2007.