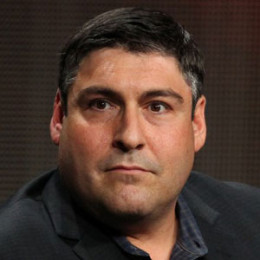 An American actor Adam Goldberg is recognized for his incredible performance in the entertainment industry. He is most known for his portrayal as Eddie Menuek in the TV series Friends and as hitman Mr. Numbers in Fargo.

Adam Goldberg was born Adam Charles Goldberg on October 25, 1970. He was born in Santa Monica, California to Donna and Earl Goldberg, a former lifeguard and a wholesale food businessman. He is of mixed descent.

The versatile personality, Goldberg is an actor, director, producer plus musician. His film career began with a minor role in the TV series Designing Women in 1990. His first major screen role was in Mr. Saturday Night in 1992. He then got an opportunity to play in an array of films including Saving Private Ryan in 1998, Edtv in 1999, Dazed and Confused in 1993, Waking Life in 2001, Higher Learning in 1995, and The Prophecy in 1995. He also lent his voice, in the animated movie Babe: Pig in the City.

His directorial venture includes I Love Your work in 2003 produced through his production company. Later in 2005, he starred in FOX’s comedy Head Cases. He wrote, directed and featured in the neo-noir (Scotch and Milk) in 1998. The film was screened at the Los Angeles Independent Film Festival and was featured on the Sundance Channel series 10 Best Films You May Never Seen. He also directed, co-edited and produced the comic short documentary Running with the Bulls in 2003. Throughout his career, Adam worked with numerous stars such as Tom Hanks, Parker Posey, Matthew McConaughey, Val Kilmer, Russell Crowe and Kate Hudson.

Goldberg is a father to his son Bud. His girlfriend Roxanne Daner gave birth to their son Bud in December 2014.  His girlfriend is an artist and designer by profession. The duo also suffered a stillbirth previously.

Before dating Roxanne he dated an American actress Natasha Lyonne. They started having an affair in 2001 and split up in 2004.

He made his fortune from his splendid work in the blockbusters like A Monster in Paris, Saving Private Ryan, and many others. He is a well-paid actor, musician, director, and a producer. His current estimated net worth is $3 million.