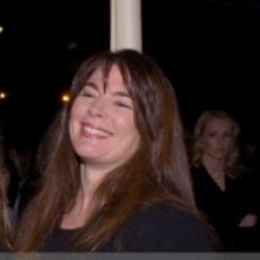 Marivi Lorido Garcia has been in the media as the wife of Academy Award-nominated actor Andy Garcia. Andy is famous for his role in Eight Million Way to Die, Hero, Ocean's Eleven, and Dead Again.

Marivi Lorido Garcia and future hubby Andy Garcia first came across in the mid-1970s. After knowing each other well, Marivi and Andy eventually became madly in love. It didn't take long for Marivi and Andy to become engaged, taking their relationship to the next level. Marivi and her fiance-turned-husband shared the matrimony vows in September 1982, in a super private wedding ceremony. 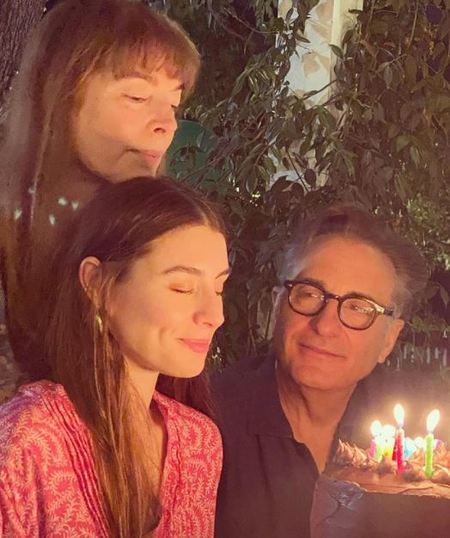 Marivi Lorido Garcia celebrates her first child's birthday with her husband Andy Garcia who is best known for his role in Mamma Mia! SOURCE: Instagram (andygarcia)

Further, Andy started making his name in Hollywood after he began dating Marivi. And, the fantastic celebrity couple has now been together for over forty years since the 1980s.

Likewise, the lovely pair is quite open about their personal life. They often make a joint public appearance in several prominent programs. The duo also stepped out to attend the premiere of The Lost City back in Hollywood, California, in April 2007.

Marivi Lorido Garcia gave birth to her first child Dominik Garcia-Lorido in 1983. Mrs. Garcia and her partner went on to welcome their second child, Daniella Alessandra, in 1988. The third child Alessandra Garcia-Lorido arrived in 1991 and the couple later became blessed with their fourth child, a son named Andres Garcia-Lorido, in 2002. 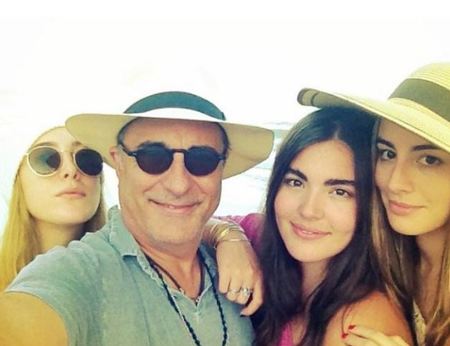 All of their kids share a close relationship with their parents and often share photos of themselves on their socials on various occasions & events. In 2020, Andy posted on Instagram their daughter Daniella Garcia's wedding to Stephen Borello IV.

Besides, the children are doing a great job in their way. The actress, daughter Dominik Lorido Garcia, seems to follow the same career path as her father. She even worked with her dad in the movie City Island in 2009. Second daughter Alessandra is a model represented by IMG Models. Meanwhile, son Andres Lorido Garcia starred in Andy's directed The Lost City.

Not to mention, Dominik also gave Marivi and Andy their first grandchild of the family when she welcomed her daughter Violette Rose Borrello in October 2021. Mr. Garcia shared the exciting news on being a grandfather on his Instagram where he wrote, "We were blessed on 10-18-21 with our first grand child. Welcome Violette Rose Borrello." with an adorable picture of his granddaughter.

Marivi Lorido Garcia as an executive producer worked for the feature film Just the Ticket in 1998. Marivi worked on the projects along with several actresses like Andie MacDowell and Alice Drummond.

Check out the video of Marivi Lorido & her husband, Andy Garcia with their children.

Further, Lorido appeared on a few other on-screen projects alongside her husband in Just the Ticket. Speaking of Andy's journey to stardom, he did numerous dead-end jobs, working on the docks, waiting tables, and more before her big break on the 1980s TV series Hill Street Blues.

All in all, Andy's net worth is around $20 million, while Marivi is estimated to have a total wealth of nearly $1.5 million earned from her career as a producer. With such staggering net worth, there's nothing the family of Garcianeeds to worry over.

Marivi Lorido Garcia walked down the aisle with her boyfriend turned husband, Andy Garcia. The lovebirds wed in 1982.

Marivi went on to welcome their second child, Daniella Alessandra, in 1988.

The third child of Marivi & Andy, Alessandra Garcia-Lorido, arrived in 1991.

Andres Garcia-Lorido is the fourth child, a son born in 2002.