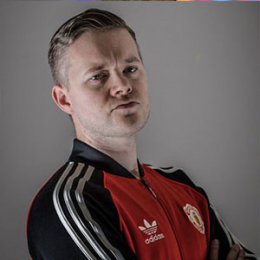 Famous internet personality, Mark Goldbridge is establishing his career as a YouTuber and a sports commentator. He is more into creating a football content for his three YouTube channels supporting his favorite Manchester United. Apart from YouTube, he also contributes to Paddy Power News in United-circled news.

Mark Goldbridge; Is He Secretly Married?

A crazy Manchester United fan, Mark Goldbridge is married to a mysterious girl since a long time. However, the Manchester United phenomenon never mentions any information regarding his wife. It looks like he's quite secretive about his personal life.

Additionally, Goldbridge is a father to a son who was born in June 2017 which he shared vis his Twitter post on June 8, 2017. He loves to spend quality time with his family and a son. He often tries to make his son love football by watching Manchester United match with him.

Exciting times! Wife due next Tuesday. 98500 subs for the United Stand.

Although people are curious to know about his personal life, he tries to keep it low key and focusing only on his professional work. Moreover, he merely talked about his family in the media. 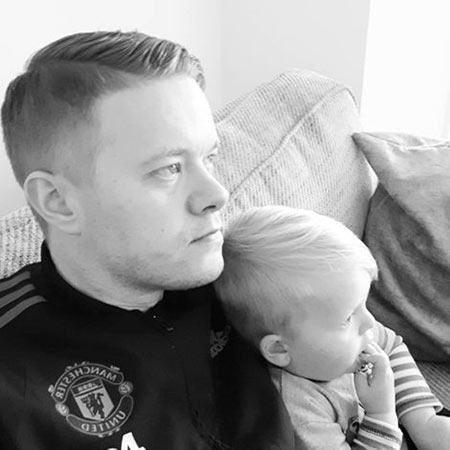 Mark Goldbridge and his son watching a football match.

Football lover, Goldbridge has never been linked to anyone in his past life. Even though his wedding date and the ceremony are unknown to anyone, his life afterward is a decent one staying away from the extramarital affairs.

Goldbridge, the YouTube star is enjoying his blissful live-in together relationship with his blonde beauty wife and their baby boy. Assuming the chemistry between two, Mark and his lover feel blessed to have each other in life. They've been together for over four years.

Most recently, the 41-year-old took his beloved wife for the trip to Oxford on the occasion of Valentine's Day. He, therefore, took a beautiful snap posing alongside her on February 17, 2020. Mark hints, they are back to work for Chelsea vs United match from the trip. He is often spotted holding his son and taking care of a baby while his spouse is busy.

Mark Goldbridge holds a net worth of nearly $1 million which he accumulated from his YouTube content. His YouTube channel 'The United Stand' makes around $500,000 yearly, while his other two channels earn him around $35,000 yearly.

Goldbridge lives quite a famous and luxurious life. Check out the video where he is singing a song inside a kitchen in his house!

With all the earning Goldbridge makes, he spends it to live a rich life. Furthermore, he has amazing gaming set from where he connected with his fans and followers.

Mark Goldbridge's career revolves around football, from which he makes some good money. He is a famous personality who creates the content for football providing entertainment to his followers. 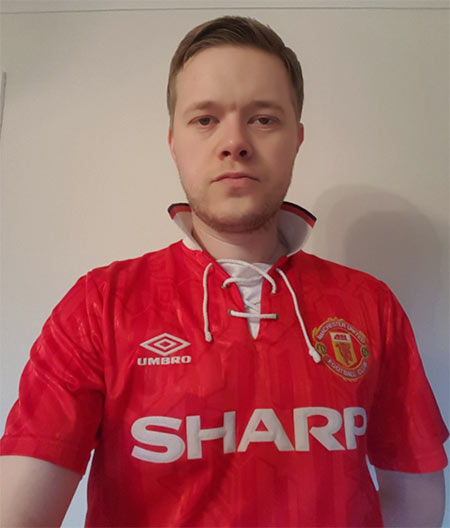 His channels deliver some football commentary and rants about Manchester United. Apart from YouTube, he was once a sports commentator on 4rtun and also contributes news relating to his favorite club, Manchester United.