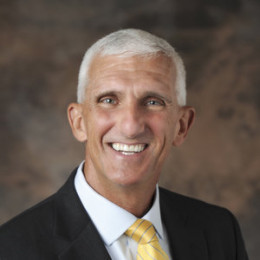 Lieutenant General Mark Hertling is a national security, intelligence and terrorism analyst for CNN. He served for 37 years in the US Army, retiring as the Commanding General, US Army Europe. Hertling received a Masters of Science in Physical Education from Indiana University, a Masters of Military Arts and Sciences from the Command and General Staff College at Fort Leavenworth, Kansas. He was awarded the Distinguished Eagle Scout Award by the Boy Scouts of America, the William P. Clements Award as the best instructor at the US Military Academy.

Hertling is married to his wife Sue, with two married sons and four grandsons. They have been in a marital relationship from a very long time. It is due to their love for each other and respecting nature they have which made possible for them to sustain this relationship so much longer than the others around them. Hertling gives his wife's name for all success he has achieved throughout his life.

Mark tied the knot with his wife Sue many years ago. They are parents of their two sons who have been married. However he has not disclosed any information regarding his children.