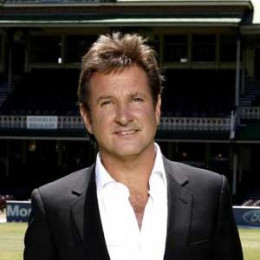 Mark Nicholas is a cricket player and played for Hampshire from 1978 to 1995, captaining them from 1985 till his retirement. Later, he became a television commenter after retiring from sports. He has also published autobiography named: A Beautiful Game: My Love Affair with Cricket.

He attended Bradfield College, where he was coached cricket by John Harvey.

Nicholas began his cricket career from Hampshire, where he was a middle-order batsman and occasional medium-pace bowler and later captained Hampshire winning four major trophies, the Benson & Hodges Cup in 1988 and 1992, Sunday League in 1986, and NatWest Trophy in 1991. Mark was considered as one of his generation's best players, who never played a Test for England.

After his retirement as a player, he began working in broadcasting, as a commentator for Sky Sports. Later, as the anchorman for Channel 4's cricket coverage from 1999 to 2005. In 1995, he worked freelance for Sky and others,  afterward signed for Sky Sports as an anchorman in 1996, where his first role was to introduce domestic and international cricket.

He managed Sky's coverage of England's winter tours to Zimbabwe and New Zealand in 1996/97 and continued in the West Indies in 1998. Mark then presented Sky's live and exclusive coverage of 1998/99 Ashes series in Australia.

He wrote a weekly column for The Daily Telegraph until 2008. In 2001, Nicholas was named as the Sports Presenter of the Year by Royal Television Society and one of only two presenters to stand in for Richard and Judy.

In 2002, he hosted the second season of the United Kingdom edition of Survivor. In 2007, he started presenting ITV1's Britain's Best Dish in 2007 and overlooked it for four series until 2010 and later was replaced by Mary Nightingale. In November 2016, he released the autobiography A Beautiful Game: My Love Affair with Cricket.

Mark Nicholas is a married man. Nichols married Kristen Northcott in 2006. The couple has a daughter together who was born in 2007.

The couple received public and media attention because of their secret affair. At that time Mark was in a relationship with his long-term girlfriend Sarah, while Kristen had just divorced from a five-year-long marriage relation with her husband Richard Northcott, who is a hotshot millionaire in 1999, with whom she shared three children's.

Sarah had a suspicion about Mark having an affair when she noticed him taking silent phone calls. She confronted Nicholas to which he confessed about his relationship with Kristen.

Mark Nicholas' actual net worth is still behind curtains. But looking at his successful career as a cricket player and commentator he must probably have a huge net worth.

Mark Nicholas married Kristen Northcott in 2006. At that time, Mark was in relation with his girlfriend Sarah and Kristen had just divorced her first husband. They have a daughter together