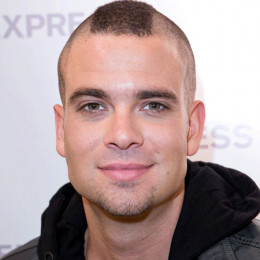 an American actor, singer-songwriter, musician and a composer who is widely renowned for his role as Puck on the comedy television series, Glee. He is son to Condy Sue and John Robert Salling, Jr. In his early age he was home schooled. In 2001 he graduated from Lake Highlands High School. when he was young he had keen interest in sports and he was also member of school wrestling team. After he graduated he attended Los Angeles Music Academy College of Music in California where he learned to play guitar and gave guitar lesson to others to earn some money. Smoke Signals was his first solo debut album he released in 2008. Talking about his acting career he has starred in Children of the Corn IV: The Gathering, The Graveyard etc.

Mark Salling was born Mark Wayne Salling on August 17, 1982, in Dallas, Texas, U.S. He is an American and belongs to English, German and distant Scottish, Irish and Dutch descent.

At an early age, he was home-schooled and later attended Providence Christian School and Our Redeemer Lutheran. He then joined Culver Military Academy but did not graduate. Salling then enrolled at Lake Highlands High School graduating in 2001. While at Lake Highlands, art rock musician Annie Clark a.k.a St. Vincent was his classmate. He was also a member of the school wrestling team.

Salling then enrolled at the Los Angeles Music Academy College of Music in Pasadena, California where studied guitar. He also gave guitar lessons to make a living.

Mark Salling started a career in the music industry as a singer, songwriter, and producer, and could play guitar, bass, drums, and piano. He released his debut album on Feb 8, 2008, titled Smoke Signals under the stage name Jericho. His second album Pipe Dreams was released on October 25, 2010. The record was influenced by Miles Davis, Herbie Hancock, Alice in Chains and Nine Inch Nails. It was released by Pipe Dreams Records where is half owner along with Fontana Distribution.

He also covered, some solo and some duet, for Glee, like Beth, Just Give Me A Reason, The Lady Is a Tramp and so on. While filming the show, he wrote and made a video titled Chillin on Glee, as a tribute to the cast members.

Salling's made acting debut in 1996 from Children of the Corn IV: The Gathering. He then acted in Graveyard in 2006. In 2008, he became a regular cast of Glee, a musical TV series. He played the character of Noah Puckerman. In the fifth season, he was cast as a recurring guest star instead of as a regular.

Mark Salling was involved in controversy after he was sued by a woman for forcing her to have sex with her without a condom. He has already denied the charges and has also filed a case against her for defamation of character. Exploring his personal life he has not married yet and it seems like he is currently single. Looking at his previous relationship love life has not been easy for him after he was charged with sexual battery by one of his girlfriends. Maybe he will find his perfect lover soon.

Mark Salling is a multitalented personality and he may have drawn a decent sum from his multiple profession. His estimated net worth is around $500,000. He also owns a house in Shadow Hills, Los Angeles.

Salling had to pay a reported $2.7 million after being charged by ex-girlfriend Roxanne Gorzela for sexual battery.

He was also accused of child pornography for which he paid $50,000 each to the involved parties.