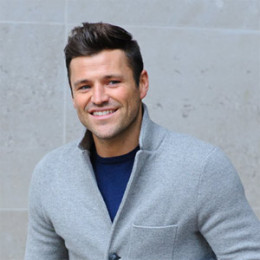 Mark Wright is a well-known TV personality and radio presenter came into the limelight with the third series of "The Only Way Is Essex". The 30-years old English reality star is popular for is appearance in reality shows like; "I'm a Celebrity...Get Me Out of Here!", "Strictly Come Dancing", "Take Me Out: The Gossip". Wright is happily married to actress Michelle Keegan in 2015.

Born as Mark Charles Edward Wright on 20 January 1987, in Buckhurst, Essex, England, Wright is a son of Mark Wright Sr. and Carol Wright. He is British by nationality and belongs to the White ethnicity.

He grew up in Buckhurst Hill, Essex, England along with his siblings; Jessica Wright, Josh Wright, and Natalya Wright. He attended the local school at Buckhurst Hill.

Wright was a semi-professional footballer before involving in entertainment fraternity. As a youth, he played at West Ham United, Arsenal, and Tottenham Hotspur. Later, he played for Southend United.

In 2010, Mark Wright began his TV journey with  ITV reality show; The Only Way is Essex. He left the show at the end of series and made a  cameo appearance in the sixth series.

Later he participated in the eleventh series of I'm a Celebrity...Get Me Out of Here!. He ended the show as runner-up. The following year, he co-presented the Take Me Out spin-off programme Take Me Out: The Gossip for ITV2.

Mark also present the ITV2 show,  Mark Wright's Hollywood Nights. Later in 2014, he runs his show, Party Wright Around The World which was aired on ITV2. He presented CBBC's The Dengineers from 2015 to 2017.

Wright is actively involved in a radio show, "Club Classics" in Heart Radio since 2012. He was a brand ambassador of online retail giant, Littlewoods, and menswear line, Goodsouls.

For the first time in 2016, he participated in Soccer Aid and played for England where he scored a 3-2 victory. He was titled Man of the Match as well.

Mark Wright is married to an actress, Michelle Keegan. His wife, Michelle is best known for portraying Tina McIntyre in the ITV series, Coronation Street. The couple was married on May 24, 2015. The duo first met in 2012 and eventually fell in love. They announced their engagement in September 2013.

The couple is together since last five years and living a blissful life in London. They haven't planned for children, but as per the report, both of them are fond of kids.

Priorly he dated fellow TOWIE member, Lauren Goodger. The duo started dating in 2001 and was engaged in 2011, but later Wright called off their engagement as his fiance claims he cheated on him. In 2012, they ended their 11 years long relationship.

Wright is active in the entertainment world since last seven years, and during this period he succeeds to add an astonishing sum on his net worth. As of 2017, his net worth is estimated around £4 million.

In 2016, he played football for Soccer Aid, a British charity event which has earned £20 million in aid of UNICEF UK, through tickets and donations.

Michelle Keegan is an English actress. She is known for work in the ITV soap opera Coronation Street between 2008 and 2014.