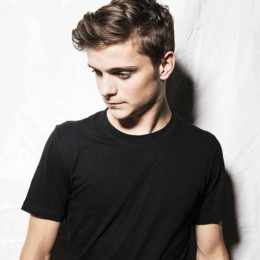 Martijn Garritsen best known by his stage name 'Martin Garrix', is a DJ and producer. He came to prominence after the release of his 2013 solo track "Animals", which was a Top 10 hit in more than 10 countries. He also is known for his 2014 single track, "Wizard". In the DJ Magazine's Top 100 DJs, he is currently ranked number 4. With the song BFAM, he started his career.

Talking about his personal life, he hasn't been married to anyone yet and also does not have any child. He is currently in a relationship with a beautiful lady named Charelle Schriek. The couple is often spotted together at various events and functions.

They seem happy with each other and probably are looking forward to be an official life partner. There is no record of his past affairs or any issues on his professional life.

The couple has been together for more than two years. Still, they are going on strong in their romance.

Garrix was previously rumored to be dating singer Dua Lipa.

Martijn Gerard Garritsen was born on 14 May 1996 in Amstelveen, Netherlands to parents Gerard and Karin Garritsen.

He completed graduation from the Herman Brood Academy in 2013. Besides, the star is 5 feet 9 inches tall. As of now, his age is 22.

He is renowned for being the youngest DJ to headline Ultra Music Festival at 17.