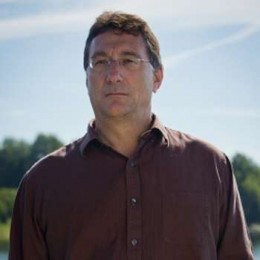 He is an American reality television personality. As far as his career is concerned, he has risen into fame after being shown on television in the History channel’s reality series The Curse of the Oak Island. This particular show has helped him to gain fame and established him as a popular television personality. Also, he is an engineer by profession and has been involved in the energy business.

His personal life information hasn’t yet been made available to the media, most importantly his date of birth. As there is not much information available on the internet about him, we don’t know whether he is in a relationship or is having an affair with someone or if he is single or married. And there is also no rumors or evidence about him being straight or gay.

The Curse of Oak Island star ‘Marty Lagina’ was born on 1955 in Kingsford on Michigan’s Upper Peninsula. He belongs to the white ethnicity and holds American nationality whereas he has spent most of his lives in Michigan.

He runs the show ‘The Curse of Oak Island’ with his brother ‘Rick Lagina’ and the people knew them as ‘Lagina Brothers’.

In 1977, Marty Lagina has completed his bachelor degree in ‘Mechanical Engineering’ from ‘Michigan Tech’ where he was a member of Tau Beta Pi and Pi tau Sigma. He was highly dedicated towards his study and as a result in 1982 he was awarded Juris Doctorate from ‘University of Michigan’.

Marty Lagina started his career as a petroleum engineer in ‘Amoco Production Company’. In 1982 he established his own oil and gas exploration company ‘Terra Energy Ltd’ but after the 13 years of running, he sold the company for $58 million dollars.

He is also one of the members of the American Society of Mechanical Engineers and the State Bar of Michigan.

He has invested millions of dollar to produce the world-class red wine as well as he has a renewable energy company which specializes in wind turbines.

The Curse of Oak Island

Marty Lagina is a popular name in the field of engineering but after hosting ‘The Curse of Oak Island’ he reached the new height of popularity. He runs the show with his elder brother ‘Ricky Lagina’. The show is all about solving the 220-year-old Oak Island Mystery which is situated in Nova Scotia, Canada.

The 62-year-old ‘Marty Lagina’ is a married man; he tied a knot with his beautiful wife ‘Olivia Lagina’. According to the source, his wife is a successful engineer. Marty is very secretive about his personal life and he prefers to keep silence on the topic of his private thing.

He was blessed with two children. His eldest son name is ‘Alex Lagina’ however, his younger daughter name isn’t revealed yet. Alex Lagina has also walked the same footprint of his parents; he is also a renowned engineer.

Marty Lagina has the total net worth of $500,000 million dollars. He earned this huge amount of money not only because of his TV series but besides that he has many successful endeavors which have made him richest as well as the successful person.