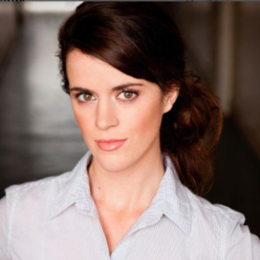 Mary Holland is an American actress, comedian and writer best known for starring in Brooklyn Nine-Nine. Her other notable acting credit includes the show Mike and Dave Need Wedding Dates. Mary is also a member of the comedy improv group Wild Horses with Stephanie Allynne, and Lauren Lapkus.

Mary Holland is a married woman and has tied a knot with her long-term boyfriend and turned her husband, Matt Newel, on 20th November 2020. The lovebirds exchanged vows during the 2020 pandemic, and their friends and families blessed the couple via zoom. 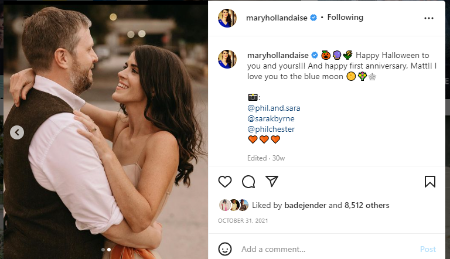 Midst the ceremony, Mary wore a customized white gown while her man donned a black and white tuxedo. Matt Newel proposed to his lady love on the beautiful occasion of Halloween. Mary has been with her partner for over a year. The duo hasn't announced anything regarding family expansion.  until today's date

Mary Holland has summoned a staggering net worth of $10 million as of 2022. She bags hundreds of dollars per movie and television series. 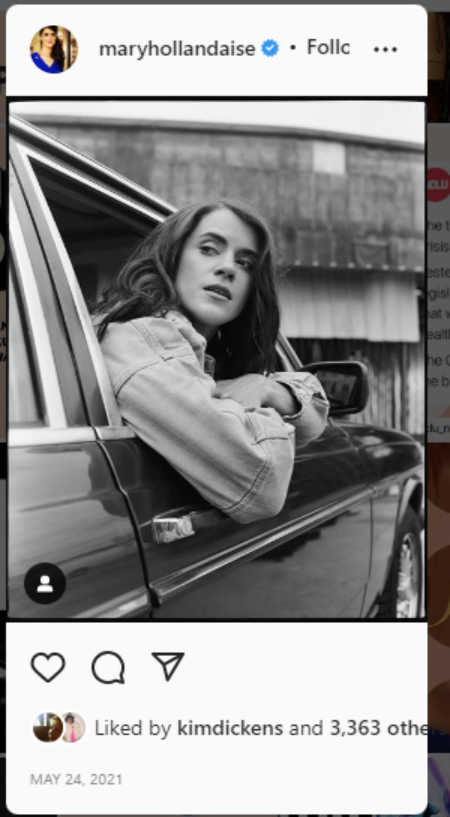 Mary Holland makes millions from acting. SOURCE: Instagram
Holland has appeared in more than twenty-four television series from 2013 to 2022. She starred in TV series including Blunt Talk, Veep, Silicon Valley, The Mindy Project, Mr. Neighbors House, It's Always Sunny in Philadelphia, American Housewife, and Homecoming. Mary made her debut in the 2013 series Comedy Bang! Bang as Various in six episodes.
In the same vein, Miss Holland stepped into the film industry by portraying Becky in the 2016 movie Mike and Dave Need Wedding Dates. In 2017, Mary Holland played Laura in the 2017 film And Then There was Even and Unicorn Store.
Check out the clip of Mary Holland making a clip with Lilly Singh!
In 2018, Holland portrayed Triage Nurse in The Package. In 2019, she appeared in Greener Grass, Good POsture, and Between Two Ferns: The movie. From 2020 to 2022 May, Mrs. Holland was featured in three movies Golden Arm, Happiest Season and Senior Year.

Matt Newel married his long-term partner Mary Holland in November 2020 during a pandemic. They have been together for a year.