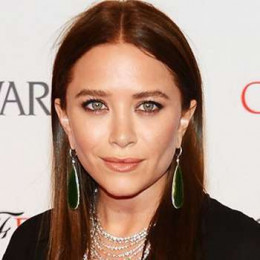 Mary Kate Olsen is an author, fashion designer, producer, former actress and businesswoman of American nationality, who has been known best for being the co-founder of the brands like The Row, Elizabeth and James, Stylemint and Olsenboye. She was born in Sherman Oaks, California to parents Jarnette and David Olsen and has been known also for her role in the sitcom Full House.

Mary Kate has had a well-known personal life with the details known to all of her fans across the world. She has had relationships with several celebrities which are covered up y news tabloids around the world. She is currently married and has had no children with her present spouse however. It sure seems that the couple is getting along pretty well together.

Olivier Sarkozy is the husband of Olsen. They have been married for a few months and they are getting along pretty well.