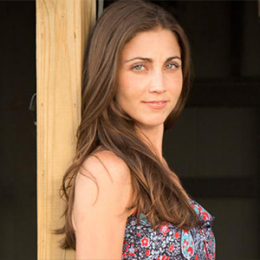 Mary Padian is a famous reality TV star and equally reputed businesswomen. Padian is a journalist, businesswoman, and reality TV star best known for her appearances in the Storage Wars franchise on A&E Networks. Frequent customer Moe took Mary under his songs and invited her to go to storage auctions with him and also to the show Storage Wars: Texas. Her journey as a star started from that show, and from second season she joined the show as a cast member.

Mary Padian was born on August 24, 1980, in Dallas Texas USA. She is a daughter of Irish descent father, John Gerard Padian and a Lebanese origin mother, Teresa Ann Padian.

She is American and belongs to the mixed ethnicity/race (Irish and Lebanese). Her father had a business of scrap metal recycle plant. She was nine when her parents got divorced.

Padian attended the University of Texas at Austin (UT) and completed her graduation in photojournalism in 2003. Later, she briefly worked as an intern at D Magazine and moved to New York City.

Marry Padian was working as assistant manager of an Architectural Digest when she discovered her passion for furniture which led her creating a series of videos under the label 'Mary’s Finds’ which also became the name of her company. 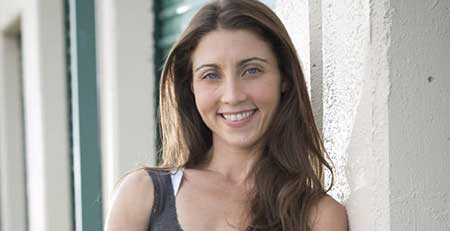 She opened a store under her video name Mary's Find in 2010. She was seen with her frequent customer, Moe on the first season of Storage Wars: Texas.

Later in the second season of Storage Wars: Texas, Padian was a regular cast where she and Moe Prigoff bought units and turned them into items for either his store or hers.

Mary Padian's Net Worth And Height

She made a pretty good fortune for her appearance in the show 'Storage Wars: Texas' and besides that she also has her own sore which adds up more to her net worth.

Mary shares a romantic relationship with Dylan, but there isn't any confirmation yet. The dating rumors started when Mary brought him on an episode of Storage Wars. One of the cast members asked who he was, but Padian didn't say much, but Dylan dropped a hint being her boyfriend. Meanwhile, Mary said:

"I’ve been looking for love since I moved to California. Who’d have thought I needed to pop back down to Texas to find my perfect man. This is Dylan. Isn’t he dreamy?"

The alleged couple is not seen much during public appearances. They have kept their relationship very private. There is no news of them getting engaged or married soon, but they seem happy with their current relationship.

Apart from the relationship, Padian is active on social media and has a great fan following. Her account has more than 195k followers as of 2019.