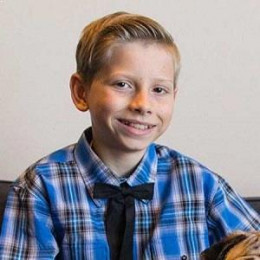 Mason Ramsey is a young singer from Illinois, United States who became famous from a viral video of him singing in a Walmart shop. In the video, he was seen yodeling to Hank Williams' song named "Lovesick Blues". He is popularly known as " The Yodeling Boy" and "The Walwart Kid". Ramsey signed the contract to Big Loud Records and Atlantic Records and released his first single titled 'Famous' in April 2018.

Mason Ramsey was born on November 16, 2006, in Golconda, Illinois, United States. He lives with his grandparents Ernest Ramsey and Francis Ramsey. He has an elder sister but is estranged from his parents. 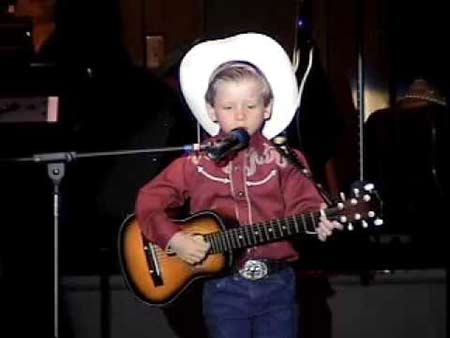 Ramsey was into singing at an early age and learned to play guitar. His song's genre is usually country and teen pop. His first concert was at the Carson Center for Josh Turner when he was only four.

Ramsey came to limelight from a viral video of him yodeling to Hank Williams' song Lovesick Bluesin in a Walmart shop in Harrisburg, Illinois. In the video, he wears a red bow tie and sings as he taps his foot. The video was a sudden hit and gathered a massive amount of views in just a few days.

As of July 2018, the video has 54 million views. The video was first uploaded on March 24 and has been retweeted 50,000 times. His growing popularity led him to sign a contract with the huge music record company called Big Loud Records in 2018. 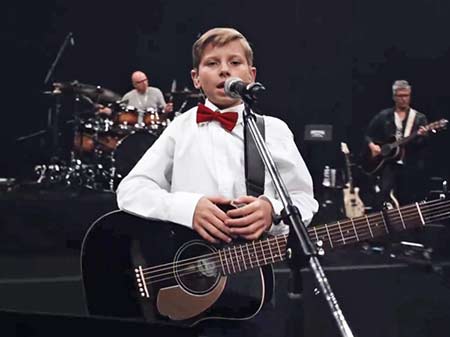 From the record, he debuted his first song named Famous on April 26, 2018. As of July 2018, his song has 19 million views and growing. The song is available on music sites like Apple Music, Spotify, Soundcloud, iTunes  Store, iHeartRadio and so on. Famous ranked 62 on the Billboard Hot 100 and number 100 in the UK Charts.

Ramsey has started his career and is still a child but considering his fame and hard work he certainly has earned an impressive income. He still has a long way to go and we can assume that within no time his net worth will be in millions.

He also has a self-titled YouTube channel and as per some sources, he earns $1.8k-$28.1k monthly and $21k-$336.8k yearly from the channel. Similarly, Walmart gave him $15k scholarship for his college tuition.

Ramsey is a young 12-year-old and it's obvious that he is not into any romantic relationships. He lives with his grandparents and a sister.

He appeared in the popular show The Ellen DeGeneres Show and during the show, he talked to Ellen DeGeneres about wanting to appear in the Grand Ole Opry which is a country music stage program in Nashville, Tennessee.

As we all know Ellen is often seen distributing plenty of gifts to the guest and the audiences. She fulfilled his dream of performing in the Grand Ole Opry.

Similarly, Ramsey met his idol Justin Beiber at 2018 Coachella Music concert and according to him, it was the biggest moment of his life.