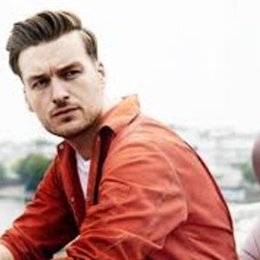 Sometimes when you prefer the TV more than you love most things in this world, you begin to talk like your favorite characters. Misfits' Alex is one of those characters who barely can be ignored by viewers. Matt Stokoe is a British actor whose role in Bodyguard and Jamestown is acclaimed by many.

For those who have eagerly been waiting for an update on Matt's love life or relationship status, the wait is over. Stokoe is happily engaged to his girlfriend turned fiance, Sophie Rundle, in May 2019. Prior to sharing vows, Rundle confirmed her relationship with Matt on 14 February 2019 on the very occasion of Valentine's Day. 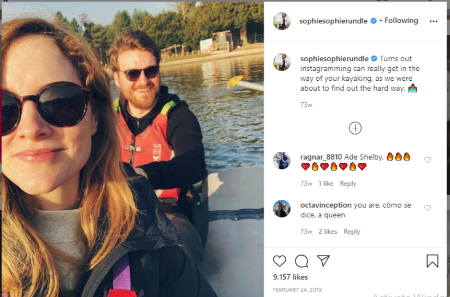 The pair first met on the set of Jamestown and never looked back since then. Some sources even claim, Stokoe fell for Rundle during their shoot for series, Bodyguard in which Rundle played Luke Aitkens while his sweetheart, Rundle portrayed Vicky Budd.

Matt, as well as, Sophie isn't vocal about their personal life; they shared photos of the two wrapped around each other's embrace on social media like Instagram and Twitter but hid the details of their dating history. Even the happy news regarding the engagement was revealed a few weeks of the actual date.

Nevertheless, since Sophie entered his life as his fiancee, the two never lagged behind flaunting their chemistry on PDA or Instagram. The lovebirds were even spotted kissing and strolling around the city with their pet dog.

Stokoe was often seen unloading a delivery of logs at their London home. As of 2020, Stokoe and Rundle are waiting for the right time to walk down the aisle. Walking through Rudle's socials, she is fond of babies and wishes to have one in the upcoming days.

Matt Stokoe, an aspiring British actor, possesses an estimated net worth of $800 thousand as of 2020. The brown-haired collected the riches from his decade-long career in television series, movies, and videos for a long time. 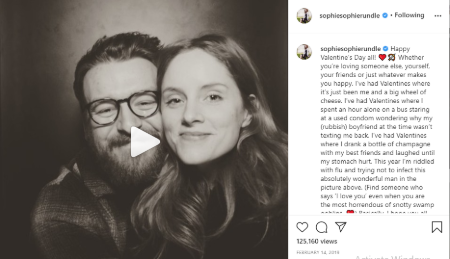 Stokoe's first breakthrough role came in 2011 portraying the character of a French soldier. In the same year, he played another series, Black Mirror as a guard. Matt, even more, starred in 15 episodes of Misfits as Alex alongside Natasha O'Keefe, Robert Sheehan, Lauren Socha.

Between 2013 and 2014, Stokoe played in ten episodes of The Village. In the same vein, he appeared in The Musketeers for nine episodes. For now, he's already played eight episodes of Jamestown.