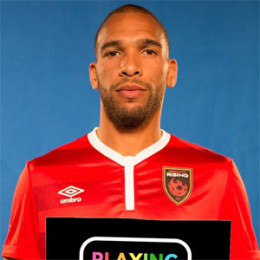 An English footballer who is playing football professionally for Chicago Fire in Major League Soccer. He attended University of Maryland, Baltimore County where he played two seasons for the UMBC Retrievers. In 2002 he signed for Richmond Kickers of the USL Second Division. In 2006 he was selected as third pick in the MISL Draft by the Baltimore Blast. Again in 2011 he was signed for Vancouver Whitecaps FC but luck didn't favored him because he had to suffer a leg injury. He was traded to Chicago Fire in 2014.