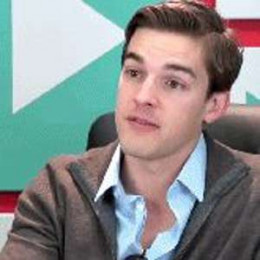 Matthew Patrick, known by his internet screen name MatPat, is an American actor, writer, and internet personality. He is best known as the creator and narrator of the YouTube web series Game Theory, where he comments on the logic of video games as well as their scientific accuracy. He is also known for creating YouTube Red series MatPat's Game Lab and the spinoff Film Theory. After graduating from college in 2009, he auditioned for theatrical roles in New York. Between September of 2015 and July of 2016, his Game Theorists YouTube channel blew up from 3500,000 subscribers to 6.8 million subscribers.

Patrick is happily married to his wife Stephanie Cordato in 2012. The two met at Duke University. They came closer after creating a Legend of Zelda parody called The Epic of Stew.

The two tied the knot on 19th May 2012 in Cordato's home state of North Carolina.

Steph and I showing off the best gift we received this year We hope you all had a FANTASTIC holiday! What was your best present this year? Outside of Ollie (since he came a bit early), I surprised Steph with a few date nights and some of her favorite tea! #christmasgifts #christmastime #newbaby #newdad

The couple announced Stephanie's first pregnancy on 12 March 2018. She gave birth to a baby boy on 10 July 2018. He disclosed the news via a Twitter post.

Matthew Robert Patrick was born on 15 November 1986 in Medina County, Ohio. He graduated from Medina High School and he received a full scholarship at Duke University.

He is renowned among his fans as the narrator and creator of the YouTube web series Game Theory. In 2016, he created YouTube Red series MatPat's Game Lab. His YouTube channel has 11 million+ subscribers as of 2019.

He met his future wife Stephanie at Duke University. They got married at Cathedral of the Sacred Heart - Catholic Church in North carolina and tied the knot at 11 am.