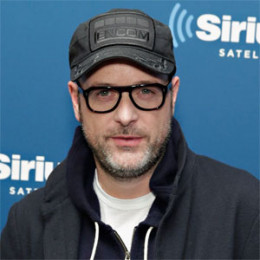 Matthew Vaughn is a brilliant producer famous for his production venture of films such as Lock, Stock and Two Smoking Barrels in 1998, and Snatch in 2000. He is also a director and co-writer of blockbusters like Kick-Ass(2010), X-Men: First Class(2011), and Kingsman: The Secret Service(2014).

Matthew Vaughn was born as Matthew Allard Robert Vaughn on March 7, 1971. He was born in London, UK to an actress Kathy Ceaton. Kathy died on July 2013.

Vaughn believed his father to be actor Robert Vaughn for years. Later he found out that his actual father is George Albert Harley de Vere Drummond from some paternity investigation. George is an English aristocrat and godson of King George VI. He used the surname of his birth father de Vere Drummond in his personal life whereas he used Vaughn as the last name in his profession.

Matthew attended Stowe School in Buckingham and attended the University College London to study anthropology and ancient history. He didn't complete his graduation as his point of interest shifted to the film industry. He took a year gap before attending college to travel around the world on a Hard Rock Cafe tour.

Matthew began his career as an assistant director after high school. He gained some experience from there.

Firstly Vaughn produced low-budget thriller The Innocent Sleep in 1995 starring Annabella Sciorra and Michael Gambon. Then he produced Guy Ritchie's film Lock, Stock, and Two Smoking Barrels. The film was a big hit earning financial success as well. After that, he produced a number of hits including  Snatch and Swept Away.

As a director, his directional ventures are X-Men: First Class, Kingsman: The Golden Circle, Kick-Ass, Stardust, Layer Cake and many others. He is also the co-writer of his directed films.

Vaughn married Claudia Schiffer, a supermodel in Shimpling, Suffolk, in 2002. The couple is blessed with three children a son and two daughters together.

They named their children: Casper Matthew, Clementine de Vere Drummond, and Cosima Violet. Matthew resides in Suffolk along with his family.

As a producer and director of Hollywood, Vaughn earns a good sum of money. He is a wealthy man and has estimated net worth around $25 million.

Matthew Vaughn married Claudia Schiffer, a model on May 25, 2002. They are parents to three children. They are living a happy married life till now.

Casper is the first child of Matthew Vaughn and his wife Claudia Schiffer.

Clementine Schiffer is the second child of Matthew Vaughn and Claudia Schiffer.