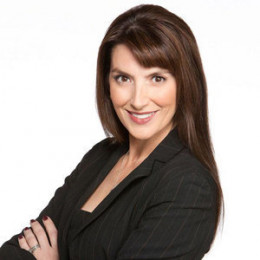 Maureen Maher is a television news reporter and correspondent. She completed her graduation from Loyola University with a Bachelor of Arts degree in communications. Maureen began her broadcasting career with a Chicago-based WLUW (FM) as the morning drive news anchor in 1991. She worked as a news anchor for WJRT-TV in Michigan, covering breaking news, like the Oklahoma City bombing and the Decker farm raid .

Maureen also reported for CBS Evening News on the War on Terror, the fall of the Taliban in Afghanistan, the 2002 Kenyan hotel bombing, the Enron scandal and US natural disasters. From 1997 to 2002, she was a Chicago-based CBS Newspath correspondent and covered notable stories such as the impeachment of Bill Clinton, the Kosovo crisis and the release of US servicemen in Albania. She was also awarded the Emmy award for his work in news and media field. Her relationship status is still unknown for social pages.