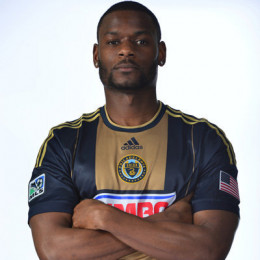 Maurice Edu is an American professional soccer player who is currently playing in the Philadelphia Union since 2015, recently and in the United States national team since 2007. He made his debut from the club Toronto FC in 2007. He had started his youth career at the club Maryland Terrapins. His parents were Nigerian and emigrated to America. His father was a mathematics teacher and his mother was a chemistry teacher.

Edu is silent about his dating life and girlfriend but previously, she dated model girlfriend Lauren McDonald.

He won the MLS Rookie of the Year Award with Toronto and was the first overall pick in the 2007 MLS SuperDraft.