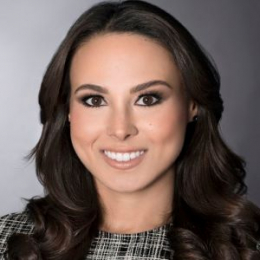 Meena Harris is an accomplished American lawyer and political and social activist. She currently works as Head of Strategy & Leadership at Uber and is Founder & Creative Director at Phenomenal Woman Action Campaign.

Is Meena Harris in a Relationship? Know more about her Relationship status and Personal Life

The young lawyer and activist Meena Harris is in a relationship with her longtime boyfriend Nikolas Ajagu. The couple first met in 2007 when both were working at Facebook. Though the couple is together for over a decade, they are not married yet. 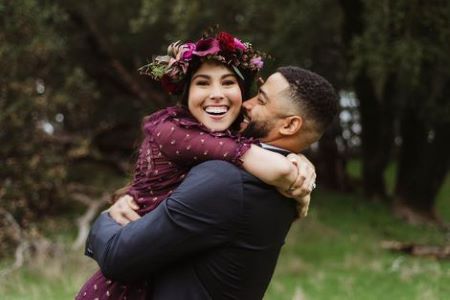 The pair, however, solidified their commitment to one another by becoming parents to two daughters. Their first daughter was born in 2016, while the second was born in 2018.

The morning before family photos, she decided to “be a mommy” and give herself “tattoos.”

Meena who comes from the family of strong women and civil activists has continued their legacy. She is a vocal supporter of the civil rights of minorities in the USA including women.

Harris is the founder of the Phenomenal Woman Action Campaign, a grassroots fundraising initiative that has raised money for the organization such as  Girls Who Code, the United State of Women, the Essie Justice Group, Planned Parenthood, Higher Heights, and the Dr. Maya Angelou Foundation.

What is Meena Harris' Net-worth? Know more about her Earnings and Salary

Furthermore, Harris worked as an attorney at Covington & Burling LLP where the average annual salary is $41,252- $99,097. Also, her partner Nikolas Ajagu works as the Head of Operations at Facebook Inc. and is a member of the advisory board of Ecosystem Ventures LLC. The average annual earnings at Facebook is $120,000- $150,000.

Meena Harris was born on October 20, 1984, in Oakland, California as Meenakshi "Meena" Ashley Harris to parent Maya Harris. Through her mother, she is the granddaughter of civil rights activist Shyamala Gopalan and the niece of senator Kamala Harris. Her mother is married to the general counsel of Uber Tony West.

Harris graduated from Stanford University in 2006 with a Bachelor of Arts degree and in 2009 she joined Harvard Law School and graduated in 2012 with a law degree.

After graduating she practiced law and worked in different organizations at various positions. Also, she is active in philanthropic works. She stands at an average height with black hair and brown eyes.