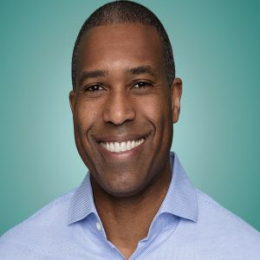 Tony West is a successful American Attorney who currently works as general counsel of megacompany 'Uber'. He previously worked at 'PepsiCo' in the position of Vice President, however, he started his career in public service and worked at Department of Justice in various capacities.

Is Tony West Married? Know more about his Wife, Family and Personal Life

Tony West is happily married to a lawyer and political analyst Maya Harris.Through the marriage with Maya, Tony is now son-in-law to Shyamala Gopalan and brother-in-law to senator Kamala Harris and her husband Douglas Emhoff. 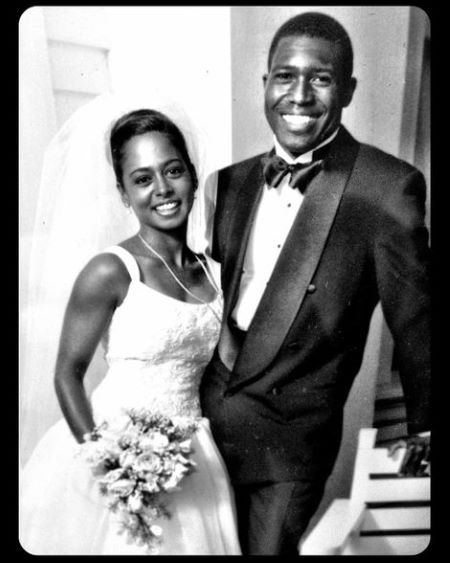 Tony West with his wife Maya Harris on their wedding day.

The couple first met at Standford Law School where both of them were pursuing their Juris degree (J.D.) At that point, Maya was already a mother of four-year-old daughter Meenakshi(Meena) Ashley Harris.  They became close friends in college but started dating only after graduating from college.

Tony is close to her step-daughter, Meena from her childhood. In fact, he named his Instagram account "meenasdad". Meena who is 34 years old followed the footsteps of her mother and pursued law and is now an accomplished lawyer.

What is Tony West's Net -worth? Know more about his Earning and Salary

Tony West's net-worth is $10million -$12 million. He earned this wealth through practicing law at different establishments. West is working as general counsel of Uber since 2017 and earns an annual base salary of $699,500.

Morning Run: OK, maybe not so much a “morning run” as “morning camel ride,” but what better way to start the work week? (I do believe that camel is the same one @meena rode nearly 10 years ago...). Only thing better would have been to have had my travel companions from a decade ago with me.

West, however, started his career in public service and worked as Associate Attorney General and earned an average salary of $72,985- $123,00/yr.

Also, West's spouse Maya Harris is a lawyer and political analyst for MSNBC  and boasts an impressive net worth of $500k-700k.

Tony West was born as Derek Anthony West on August 12, 1965, in San Francisco, California. His father name is Franklin West, who was an IBM executive, and his mother name is Peggy West, who worked as a teacher. He grew up with his two younger sisters, Pamela West, and Patricia West. His family is originally from Alabama and of African-American ancestry.

Happy birthday to this dude, who intentionally color coordinates with me, and who loves Hostess Cupcakes.

West graduated from Bellarmine College Preparatory School in 1983. He then attended Harvard University and received his Bachelor of Arts degree and in 1992 he got his law degree from Standford Law School.

Tony started his career in public service and later moved to private sectors. In his long career as a lawyer, he has been credited for securing a $16.65 billion settlement with Bank of America, securing nearly $37 billion for American consumers and investors harmed by the financial crisis and bringing ethical and inclusive culture in PepsiCo.

Maya Harris is an accomplished lawyer and news analyst. The couple met at Stanford law school.