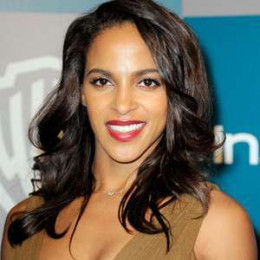 Megalyn Echikunwoke is an actress. She is best known for her role as Tara Price in CSI: Miami. Her father is Nigerian and her mother is of Caucasian descent. Megalyn grew up on a Navajo Indian Reservation in Chinle, Arizona. She was discovered at the age of fourteen after performing in a play at summer arts camp. Megalyn’s first big break came in 1998 when she made a guest appearance on The Steve Harvey Show.

Megalyn Echikunwoke dated actor Patrick Fugit in the year of 2012 but the couple did not continue their relationship and they broke up for an unknown reason. After breaking up with her first boyfriend Megalyn Echikunwoke started to date comedian Chris Rock in September 2015.