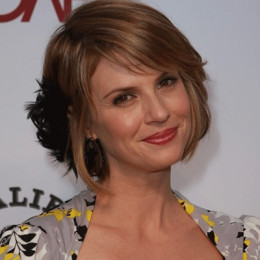 An American actress by profession, Megan Marie Ward known best for her performance in the movies like Joe's Apartment, General Hospital, etc. She has appeared in several sci-fi and horror movies. She was born to the parents who already are actors and the acting coaches. She appeared in commercials when she was 9 and in her teens she began modelling staying in Japan. She had attended Kaiser High School in Hawaii.

She is a married woman. She has two children Oliver (2001) and Audrey (2006) from her husband Michael Shore. She loves her husband and children very much and loves to spend her time with them.

Prior to her marriage, there is no record of her past affairs. She has been loyal to her husband and is living happily with him. There are no rumors available on her currently. She wants her fans to respect her privacy. She avoids talking about her personal life in public.

She is best known for playing the role of Kate Howard in the American daytime drama General Hospital.

He is an actor. The two began dating shortly after they met. After few years of love affair, they got married. They are blessed with two children and are living happily.

He is in his teenage and attends high school. He is trying to get his career in acting. He is getting handsome day per day.

She is very cute and attends school. She is quite grown up and is very lovely.