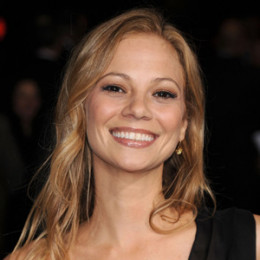 Tamara Eve Braun, better known as Tamara Braun is an American actress. She came to limelight after she portrayed the role Carley Corinthos on the American daytime television medical drama, General Hospital. Some of her popular TV series includes Little Chenier and Days of Our Lives(DOOL) for which she won awards such as Phonix Film Festival, Cooper Wing Award, Daytime Emmy Award, and Soapy Television Awards. Currently, she is single and looking more forward to play big roles in the coming projects.

Tamara Braun was born on 18th April 1971 in the Chicago suburb of Evanston, Illinois, United States. She attended Evanston Township High School and passed out majoring in psychology from the University of Wisconsin-Madison.

Later, she took a summer course in Shakespeare at the Royal Academy of Dramatic Art in England before traveling throughout Europe. From childhood, she was passionate in acting and wanted to pursue her career in the same field.

Tamara made her acting debut from the Canadian-produced television series, The Sentinel, created by Danny Bilson and Paul De Meo, in 1997. It starred Richard Burgi, Garett Maggart, Bruce A. Young, Kelly Curtis and Anna Galvin. The same year, she made appearances in the TV series such as City Guys and Buff the Vampire Slayer.

In 1998, she was cast in the American western television series, The Magnificent Seven, based on the 1960's movie, a remake of the Japanese film Seven Samurai. The series starred Michael Biehn, Eric Close, Andrew Kavovit, Dale Midkiff, Ron Perlman, Anthony Starke and Rick Worthy.

Later that year, she appeared in Ron Cosentino’s crime movie, Fallen Arches. She shared the screen with Richard Portnow, Karen Black, Peter Onorati, Louis Ferreira and so on.

Though she made several appearances in the TV series and movies, she grabbed the attention of the viewers with her role in the American daytime television medical drama, General Hospital. Also, she won different awards and nominations for her excellent performance which includes 2 M.Y.S.O Award, Daytime Emmy Awards, Soap Opera Digest Award.

In 2008 she appeared in Days of Our Lives, created by Ted Corday and Betty Corday. Her performance won her a Daytime Emmy Award and a nomination for Soapy Television Awards.

In 2015, it was announced that Tamara would be returning in Days respiring the role of Ava Vitali, as part of the 50th-anniversary commemoration of Day of Our Lives.

Besides TV, she has also appeared in the movie Little Chenier, written by Jace Johnson and Bethany Aston and directed by Aston. The movie starred Jonathon Schaech, Fredrick Koehler, Jeremy Davidson, Clifton Collins Jr. and Chris Milkey. It premiered at the Austin Film Festival in 2006 and released on 18th January 2008.

Talking about Tamara’s personal life, she is quite busy in her career and focusing on her acting. She is possibly single, as there is no news of her affair and love relationship. Maybe she is just keeping her love life as far away from the media as possible.

Once she once posted a picture with Steve Hawthorne, a producer by mentioning him as a sweetie which created a buzz about him being her boyfriend among the viewers. However, they have yet not disclosed about their relationship so they might be just good friends.

Tamara has played several roles in the TV series and in few movies from which she garnered huge popularity and maybe a good sum as well. As a regular cast in soap operas like Days of our Lives and General Hospital, both many awards winning series; she probably has earned a net worth in around seven figures.