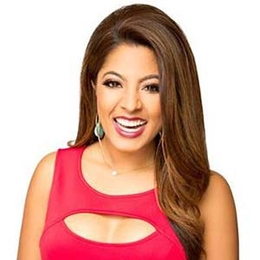 Megan Telles establishes herself as an experienced media host, anchor, and reporter. Moreover, she worked for a few media stations like 'The San Diego Union-Tribune', 'The EW Scripps Company', 'Celebrity Page TV', and so on. Currently, she works as an anchor for 'Morning TV Tegna'.

Megan Telles is happily married to her boyfriend turned husband, Cease. The couple enjoys a delightful and romantic life and is together for a long period of time.

Megan walked down the aisle with her now-husband, Cease on October 10, 2015. Moreover, they arranged the ceremony on the Rancho Las Lomas, a spectacular private home in Southern California. 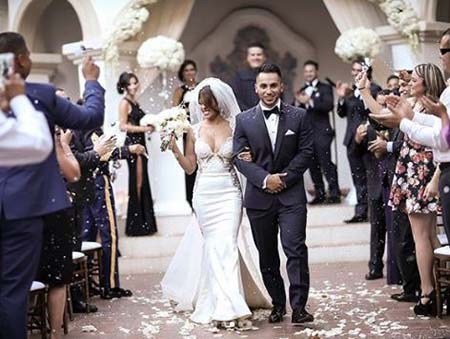 They had a quite secretive wedding ceremony with only a few selected people invited to it. Also, the couple always celebrates their wedding anniversary and Megan shares about it in her Instagram. Check out the collection of pictures she shared on their anniversary in 2017!

Above all else, he has a heart of gold. My @ceaseb thank you for two years of passion and precision. You make me proud to call you my husband. xo #anniversary #rancholaslomas #galialahav #octoberwedding

Megan doesn't miss out spending quality time with her husband. Even though she has a hectic work schedule, she manages to pick up time for her loving husband.

The American anchor is pregnant with her first baby with Cease. However, she barely provides any detail of her pregnancy, but always flaunts her baby bump in her Instagram pictures. Check out her recent picture! 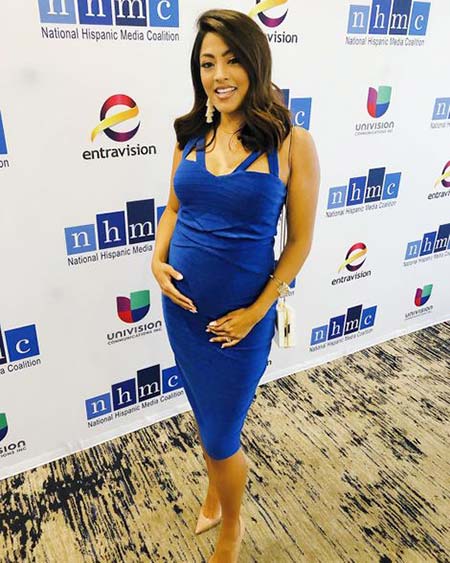 Megan Telles flaunts her baby bump in a blue dress.

The mom to be, looks elegant in the blue dress with her hands all over the baby bump. Furthermore, Megan and Cease are pretty excited about the pregnancy and are looking forward to adding responsibilities in their delightful life.

The lovebirds first met in 2005 and began dating from their college days. Moreover, they have been always supportive of each other and with time their love grew stronger and stronger. 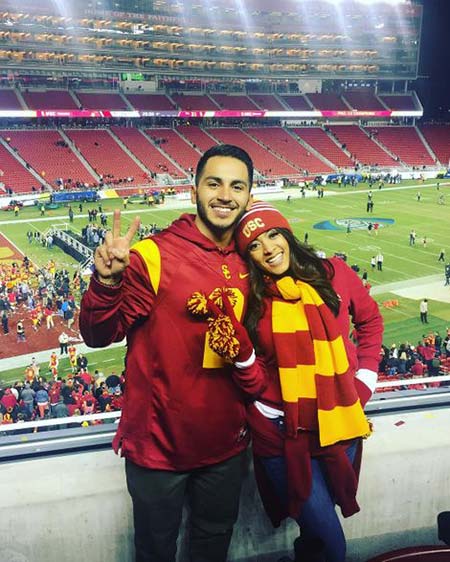 Megan Telles and her husband in a stadium to support the USC Trojans.

Megan and Cease's interest is all similar as they both support American football. Also, they occasionally attend the football match supporting their favorite team, "USC Trojans".

You May Like; Hilary Duff Dating is Boyfriend Jason Walsh. Know about their Love Story.

Not only their interest matches, but the couple also find love in each others passion too. Moreover, they often vacationed together and visited exotic places.

Megan Telles Career And Net Worth

Megan Telles holds a net worth of around $300,000 to $500,000 from her career as a talk show host and reporter. Moreover, she worked in the industry right after her graduation and has been there for a long time. 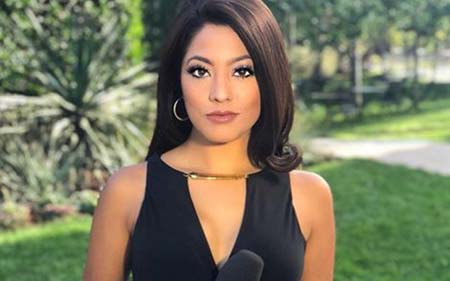 Megan Telles is an anchor for the Morning TV Tegna.

Soon after the graduation, she began working as an intern in Entertainment News at Disney ABC. Also, she did the internship in CBS2 later on and served as a host for the University of Southern California.

The anchor earns an average salary of around $30,000 a year. However, depending on the working experience, one could make up to $75,000 every year. Besides, her previous profession as a talk show host helped her garner about $55,000 yearly. 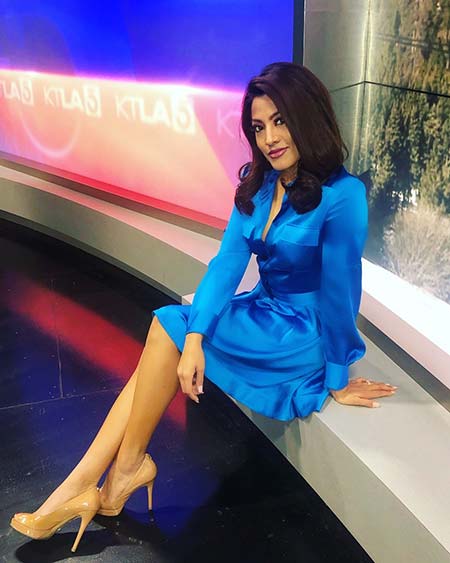