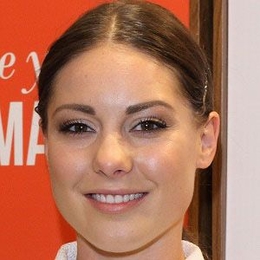 The beauty and brains "Louise Thompson" is an English socialite who came into prominence after starring in the reality show "Made in Chelsea". She furthermore is a sucessful businessperson and author.

The "Made in Chelsea" star Louise Thompson is currently in a relationship with fellow co-star Ryan Libbey. Has the couple take their relationship to the next level?

Louise is currently engaged to her longtime boyfriend Ryan Libbey. The couple first met in the summer of 2015, when she hired him as a personal trainer. They, however, started dating only in 2016. 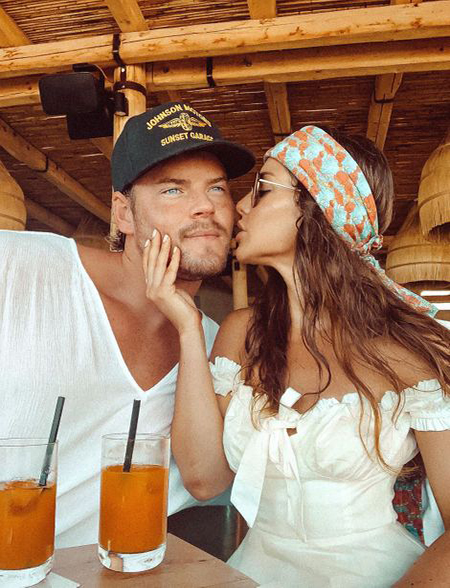 After two years of dating, on August 2018, the pair got engaged while they were hiking in Los Angeles. Louis and her beau planned for a Christmas wedding 2019 and even booked the venue.

However, this June, Louise revealed that she postponed the wedding because of work schedule. She also told that they are now planning for a wedding abroad next year. She started following about her upcoming wedding:

"We are so excited for our wedding day! We are getting married next year and finally have the time to focus a bit on our wedding plans. We postponed them for nine months to focus on work, but are very excited to get stuck in properly! "

Louise dated many "Made in Chelsea" stars when in the show. She first was introduced on the show as the ex-of one of the cast Spencer Matthews. After joining the show, they rekindled their relationship for a while; however, they ultimately broke up when it was revealed that Spencer cheated on her.

She, after that, started dating fellow cast members Andy Jordan but soon broke up and Andy left the show. The show then moved to the USA and  She then began a relationship with American Alik Alfus. They dated for a year; however, they eventually broke up because of the long distance.

Louise brother is fellow "Made in Chelsea" cast Sam Thompson. He is two years younger than her and used to share the apartment. Now, he lives in another flat nearby.

Similar, to her sister, he has several relationships in the show. He is currently dating Olivia Bentley, after ending the relationship with Tiffany Watson.

Louise is praised for her perfect figure and sculpted abs. The secret of her amazing body is her interest in exercise and fitness. She, moreover regularly posts a picture of her exercising. Furthermore, she is interested in traveling and enjoying good food.

Louise Thompson is a reality star, entrepreneur, and author. So, it is no surprise; she holds a considerable net-worth. 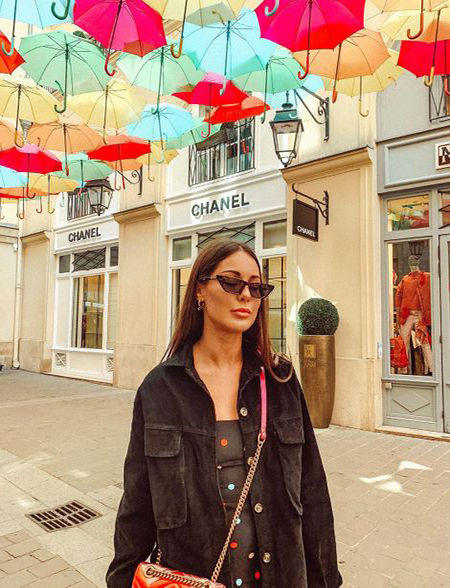 Louise owns a sucessful clothing line called Pocket London which sells jeans, tees and other delights. In addition to that, she is planning to launch a new app with her fiance in 2019.

Furthermore, her book live Well With Louise: Fitness & Food to Feel Strong & Happy is a bestseller and is available on Amazon for $16.98

Louise is also a social media celebrity with over 1.1 million followers on her Instagram. In addition to that, she also has over 561K followers on Twitter.

Louise currently lives in her London apartment with her Fiance. She has owned the house for six years and presently revamped it with new pieces of furniture. She furthermore wears clothes from luxurious brands. 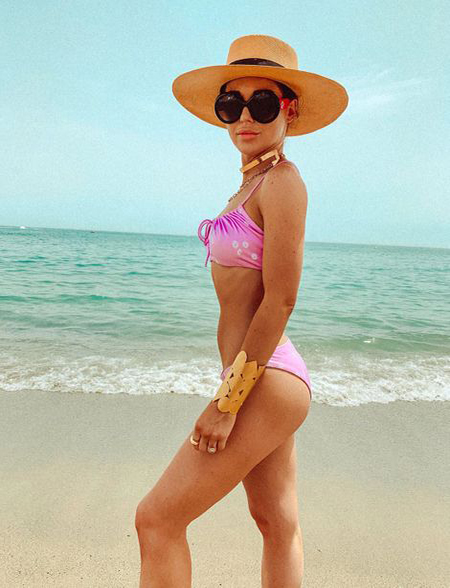