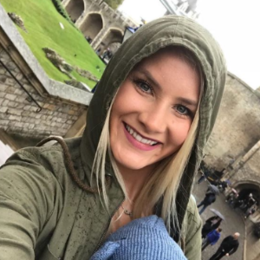 Most people work hard, giving their full effort and gain success; however, some of them are lucky enough as they rise to the stardom because of other's fame. Among them, Meghan Brock Johnson is the one who came to the spotlight after getting hitched to an American football running back David Johnson. Besides, she appeared alongside her spouse in TV documentary Amazon.com: All or Nothing: A Season a Arizona Cardinals.

Meghan Brock Johnson and her partner ‎David Johnson met for the first time at a house party on Brock’s 19th birthday. Besides, the two also attended the University of Northern Iowa, but they knew it only after they became close. 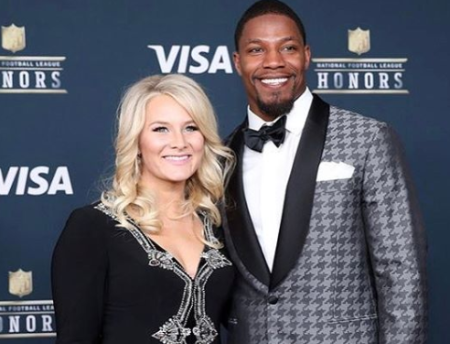 It was a lucky moment for the football running back, David to choose to study at Northen Iowa instead of Illinois State as he met his future life partner there. Ever since their first encounter, Meghan and David began dating. They officially announced their relationship in September 2012. 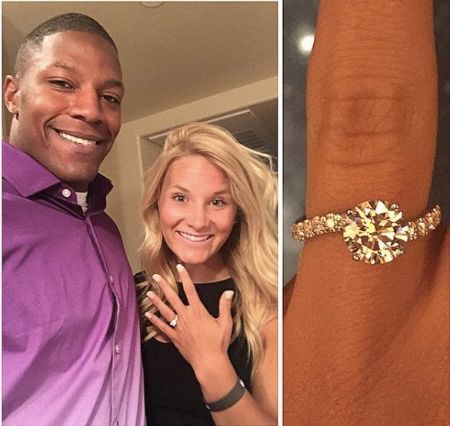 After dating for around three years, the lovebirds got engaged on June 2015, which they announced via their social accounts. Brock shared a lovely picture with her soon-to-be husband on Instagram, showing off the engagement ring.

Furthermore, a year later, their engagement, Brock and her fiance David walked down the aisle. They tied the knot on 8th April 2016 in Tempe, Arizona, and their friends and family witnessed it. 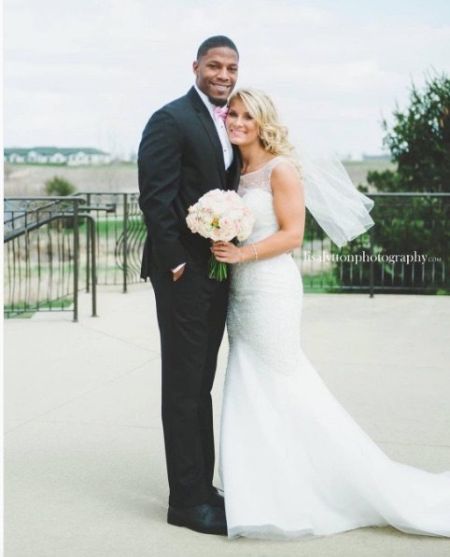 Since their wedding, the husband and wife are together, and likewise, they are maintaining a peaceful relationship. To date, they haven't faced any conflicts which could turn their happy conjugal life sour.

Meghan Brock Johnson shares two children with her beloved husband, David Johnson. A few months after their nuptials, on 8th July 2016, the newlywed couple announced that they were expecting their first child.

Finally, on 19th January 2017, they welcomed their baby son, David Jerome Johnson Jr. and Meghan announced the happy news via Instagram. Their child was born prematurely as Brock was supposed to give birth closer to the Pro Bowl. Meghan faced difficulties on her first pregnancy. 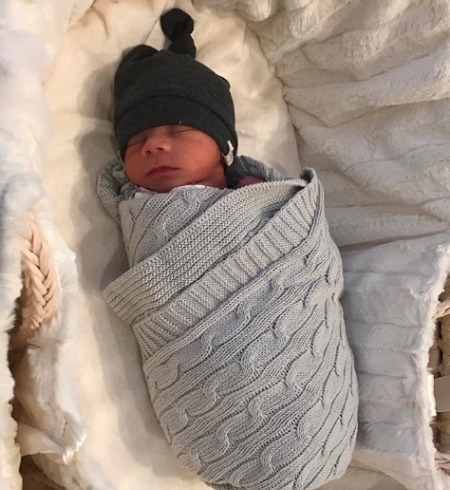 She suffered from preeclampsia, a blood pressure disorder; however, the duo successfully handled the situation. A renowned television personality as well as a model, Kim Kardashian had also gone through the same condition on her first and second labor.

Similarly, Brock gave birth to their second child, a girl Londyn Elisabeth Johnson on 14th May 2019. She used to keep updating her fans about her second pregnancy via social media by sharing photos showing off the baby bump. 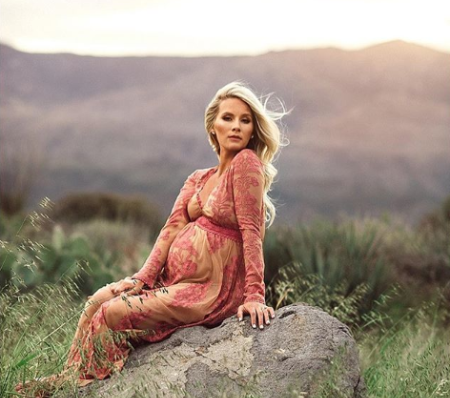 Meghan took Instagram to shared the happy news about the birth of their second offspring. She shared a lovely picture which featured herself, her spouse, son, and their newly-born daughter. Brock captioned the photo as;

"We welcome Londyn Elisabeth Johnson to the world on 5/14/19 @meghantjohnson was absolutely sensational throughout everything! (Londyn’s going to have me at her mercy.....Already wanting to give her the world)" 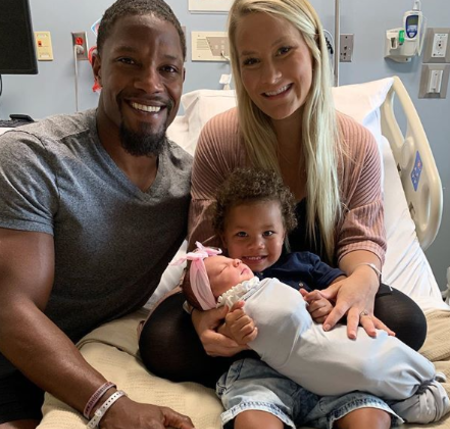 The husband and wife are taking good care of their children. They often spend their time together and further keeps giving a glimpse of their relationship to the fans by posting beautiful shaps on their respective social accounts.

So far, the actual detail of Meghan Brock Johnson's profession is unknown. Besides, she appeared alongside her partner on T.V documentary Amazon.com: All or Nothing: A Season as Arizona Cardinals. For her portrayal, she probably received a good payroll.

Rather than her profession, Brock rose to fame for being the wife of an American football running back ‎David Johnson. Her husband plays for Arizona Cardinals of NFL. On 8th September 2018, David signed a three-year extension contract with the club.

He signed a contract for $39 million with $30 million guaranteed. Despite receiving a fruitful salary, the actual figure of his net worth is currently under review. As being the wife of such a wealthy player, Brock rightfully relishes the income amassed by her husband.

David Jerome Johnson Jr. is the son of Meghan Brock Johnson and her husband ‎David Johnson, a football running back.

Londyn Elisabeth Johnson is the daughter of Meghan Brock Johnson and her husband ‎David Johnson.