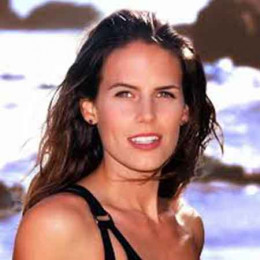 Mehgan Heaney-Grier is a multi-talented personality, she is best known as an American champion freediver, actress, fashion model, conservationist, and TV personality. She was just 18 when she first holds constant weight free-diving record in the US with a dive to 155 feet on a single breath of air. She has featured in a number of renowned magazines like People, Outside, Life, Vogue Japan, and others.

Mehgan Heaney-Grier was born on August 26, 1977, in Duluth, Minnesota to Bill Heaney and Renee Heaney. Her birth sign is Virgo which defines her personality as the mix of intelligence, attention to detail, common sense, and commitment.

Heaney-Grier was just six years old when her parents divorced and she was raised by her mom and stepfather in the Florida Keys along with her sister Erin Heaney. At the age of 16, she legally changed her last name to Heaney-Grier.

Heaney-Grier attended the University of Colorado at Boulder in 2011 and graduated with both a B.A. degree in Ecology and Evolutionary Biology and a B.A. in Anthropology.

Mehgan Heaney-Grier has a keen interest in freediving from her early days. At the age of 18, she holds the first constant weight free-diving record in the United States with a dive to 155 feet on a single breath of air. The following year, she beats her own record with 165 feet. In 1998, she captained the first US Freediving Team to compete in the World Cup Freediving Championships which was held in Sardinia, Italy. 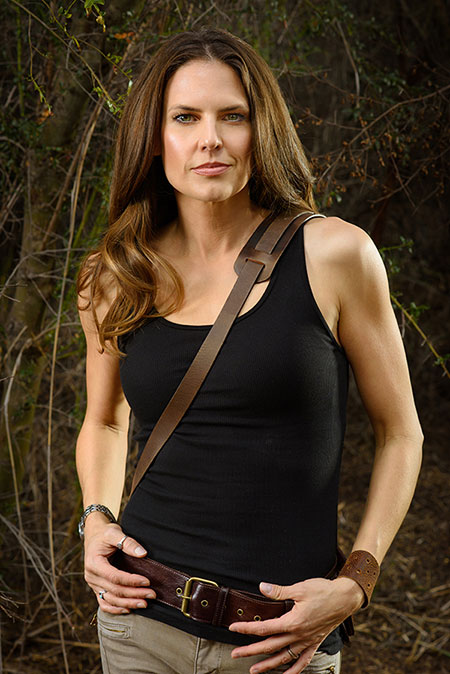 Heaney-Grier also inducted as part of the inaugural roster into the Women Divers Hall of Fame. She has modeled for numerous magazines and catalogs including People, Outside, Life, Vogue Japan, Abercrombie & Fitch. She was a public relations ambassador for Omega Watches.

Heaney-Grier made her TV debut in the late 1990s in the Animal Planet series, Extreme Encounters along with her diving trainers, Manny Puig, and Mark Rackley. The show has a total 20 episodes which featured the trio in cage-free encounters with alligators, sharks, and other aquatic wildlife. The trio also worked on a USA Network one-hour special, "Deep Diver: Tiger Shark Odyssey". In 2002, she went to other projects.

Mehgan Heaney-Grier has a guest role in a number of TV shows including Baywatch, Avalon:Beyond the Abyss, Show with David Letterman, Ripley's Believe it or Not and others. She covered the "Gravity Games" in 2004, and the Mad Fin Shark Series for ESPN in 2008. She was also sought by the director of Pirates of the Caribbean: The Curse of the Black Pearl to perform an underwater stunt for Keira Knightley.

In 2015, Heaney-Grier hired into an elite team of explorers for the Discovery Channel series, Treasure Quest as Divemaster and Anthropologist.

Mehgan Heaney-Grier is one of the successful American freedivers. The average salary of freediver is $77k in the USA but she earned more than that. She also performed underwater stunts for 2003 hit film, Pirates of the Caribbean: The Curse of the Black Pearl and Turistas. As per some online sources, her estimated net worth is $2 million.

Mehgan Heaney-Grier married her longtime boyfriend, Silas Binkley, a Ph.D. candidate in Experiential Sustainability Education (ESE) on June 6, 2010. The duo exchanged a vow in an intimate ceremony in the presence of their closed ones and family members. 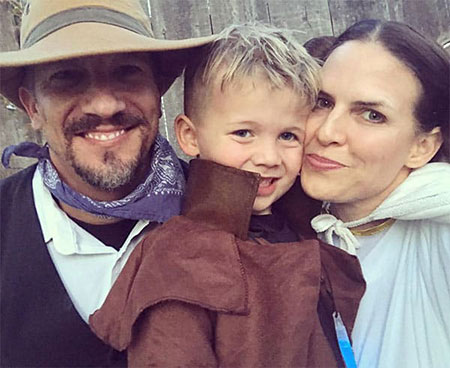 The duo shared a son with whom she often shared pictures on Instagram. She loves adventure and her Instagram is filled with her adventurous post where she has more than 6k followers.

Previously, Heaney-Grier dated her diving trainers, Mark Rackley. The duo was together for a quite long time before splitting apart. In 2000, she was inducted into the Women Divers Hall Of Fame. She has hand-fed a Tiger Shark. She shared a good bonding with legendary freediver Jacques Mayol.

Heaney-Grier is a guardian to a rescued wolf-dog named Rontu for seven years. Then she becomes a registered team with Rontu for animal-assisted therapy work.

Check out the video of Mehgan Heaney-Grier at David Letterman show,

Silas Binkley is a Ph.D. candidate in Experiential Sustainability Education (ESE). He married Mehgan Heaney-Grier in 2010.

He is best known as the son of Silas Binkley and Mehgan Heaney-Grier. He often featured in his mother Instagram.