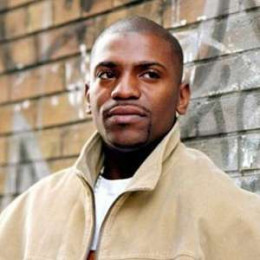 Mekhi Phifer is an actor, known for playing Dr.Greg Pratt on NBC's medical drama ER. He was raised by a single mother, Rhoda Phifer, a teacher. He and his twin brother grew up in Harlem neighborhood in New Yorks. Phifer had a keen interest in acting since his childhood and began his career from the movie Spike Lee’s Clocker. He was also cast in the Fox drama "Lie To me".

Mekhi Phifer was formerly married to an American actress and producer, Malinda Williams, with whom he shared a son named Omikaye Phifer. His second son, Mekhi Thira Phifer Jr. was born to Oni Souratha on October 30, 2007, in Los Angeles.

He grew up with his single parent; his mother, Rhoda Phifer. She was a high school teacher.

He is best known for playing the role of Dr. Greg Pratt on NBC's long-running drama ER. He performed opposite Eminem in the feature movie 8 Mile.

Mekhi Phifer was formerly married to an American actress and producer, Malinda Williams, with whom he shared a son a named Omikaye Phifer.

Phifer married his longtime girlfriend Reshelet Barnes, on On March 30, 2013,in Beverly Hills, California. Prior to this, Phifer's second son, Mekhi Thira Phifer Jr. was born to his girlfriend Oni Souratha on October 30, 2007, in Los Angeles

Mekhi Thira Phifer Jr is his second son.He was born to Oni Souratha in Los Angeles on October 30, 2007,this son is from his girlfriend Oni Souratha.