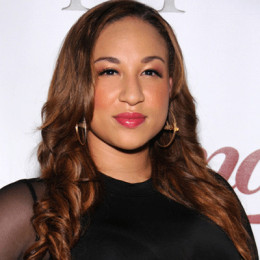 Melanie Amaro is a normal American girl who rose to fame after winning The X Factor USA in 2011. She has turned into a recording artist and a promising star in the music industry from a normal girl who used to sing in the marriages, and other functions and had not participated in any competitions besides the one which she won. She was the youngest contestant in the season as well.

Melanie Amora is private when oy comes to her personal life and relationships. She prefers to keep her dating life low key. Till the date, neither she revealed about her married life nor about her dating.

But, Amaro is the mother of a cute baby boy. She often posts the picture of her child on her social media.

I never knew how strong I was.... until being strong was my only option ...Xion, thank you for choosing me to be your mommy.... I thank God for you everyday my son, your smile lights up my world, and this Mother’s Day I’m so blessed to be called your mommy ! Thank you for showing me how much love I had to give .... you’re my light and my heart, and I promise to shield you from any and all harm... thanks for making my first Mother’s Day amazing ! #blessed

The star even has not disclosed the name of the child's father.

Melanie Amaro has an estimated net worth of $5million. As of now, she is busy with her music works from where she is earning a good amount.