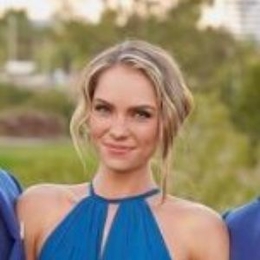 Melina Vidler is an Australian film actress who has already become famous for her works in Hollywood. She is best known for her role in the series "800 Words" portrayal of Shay Turner.

Melina Vidler is currently not in a relationship, but the actress keeps her love life under the radar. Maybe she might be dating someone behind her fan's backs. The chance of this happening is relatively low since the lady hasn't talked about being in a relationship. 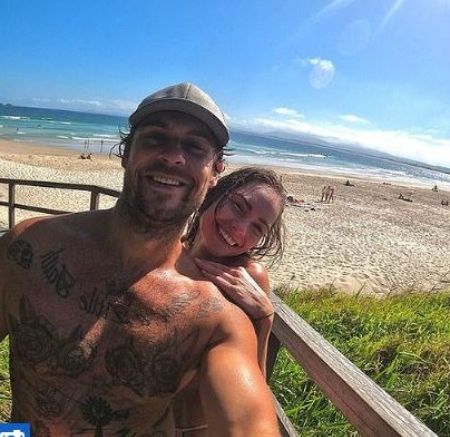 Also, there haven't been any rumors circulating about her relationship status until now. Melina hasn't mentioned or revealed anything about her love life yet but prefers keeping it secretive. There is no information when it comes to her past relationship either.

It seems like Melina is a future-oriented woman; hence there are no rumors about her falling in love with the cast of her films. Ms. Vidler shows excellent professionalism and is still working on movies to come up.

The 800 Words actress is an ally to guy friends with whom she sometimes posts on Instagram. Though we don't know about her relationship status until now, there may still be a chance for audiences to know about it soon.

In Janaury 2021, the actress was linked with the former MAFS star, Ryan Gallagher. Gallagher posted a lovely picture with Melina at Byron Bay beach, which confused their followers regarding their affair. The romance rumors sparked when Gallagher posted an image of himself cuddling up to Melina. 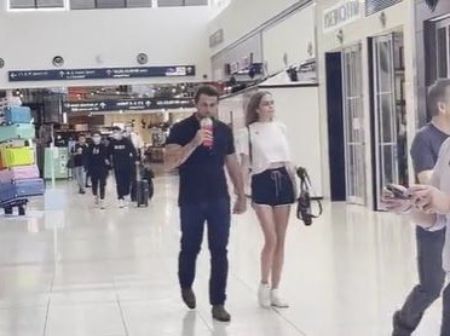 Neither of them didn't publicly confirm their relationship. As surprising as it sounds, the two were seen pretty cozy at the Sydney Airport. At the time, Melina and Ryan, the top seven from "I'm Celebrity... Get Me Out of Here!" walked hand in hand as the duo stood by to board their flight.

According to DailyMail Australia, Ryan claimed to be single despite sharing cozy pictures online. "That's false. That's not true," he told TV Week about a speculated fling between Ryan and Melina. While in the next snap, the rumored couple could be spotted to get on swimming together.

After passing out of high school, Melina immediately began applying for theatrical roles. She relocated to Sydney, New South Wales, to pursue an acting and music career. 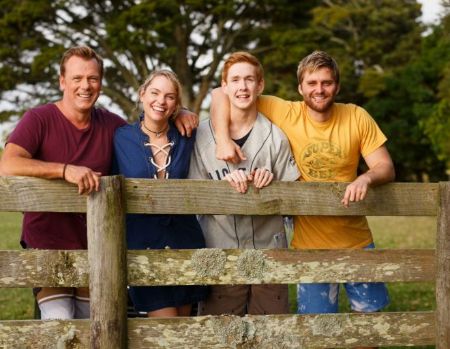 Melina Vidler with the cast of 800 Words. SOURCE: Acorn TV

The actress had almost no experience in her professional life when she auditioned for her role in the 2015 series " Mako: Island of Secret." Her first appearance paved the way for a successful and fruitful career for her in the year to come.

Eventually succeeding in winning the part, Vidler was greeted with widespread appreciation for her attempt to debut on television with an appearance playing a modest guest role of a Northern mermaid on the big screen.

Not to mention, Melina had her big break in the entertainment fraternity when she participated in "Rake," one of her record-breakingly best-appreciated movies. The character Melina, co-starred with Matt Day, Adrienne Pickering, and Russell Dykstra, goes by the name Monica.

What's the Net Worth of Melina Vidler?

It is estimated that Melina Vidler's net worth is about $2 million. Another Australian actress Marta Dusseldorp has an estimated net worth of $1.5 million. A rising name in the entertainment industry hasn't yet disclosed how much she makes. As of 2022, there is no exact verification of her entire property publicly.

Watch the video of Melina Vidler on the ACCTA award red carpet.

Not to miss, acting became a primary source of her net income, which she bags thousands of dollars annually, appearing in movies. Apart from her lavish lifestyle, as a philanthropist, she donates a part of her income to charitable foundations like the McGrath Foundation.

To add more, Melina has been singled out for acclaim by many of her audiences and critics ever since the 2015 comedy-drama Mako Mermaids premiered on Seven Network. The show's features became a critical and commercial success.

Melina Vidler's latest work was in Elvis in the supporting character of Barbara-Vegas Penthouse. The film,m directed by Baz Luhrman,n featured the star cast of Tom Hanks, Olivia DeJonge, Helen Thomson, and Richard Roxburgh. The show grossed $286,000,000 compared to its estimated budget of $85,000,000.

Later, in the same year,r from 2015 to 2017, Melina was offered to work in the portrayal of 'Shay Turner' in another series, 800 Words. The project has been met with enormous praise from both consumers and critics. The picture became a rating success and was renewed for a third season.

After her big break in the showbiz industry in 2016, Melina co-starred in other critically acclaimed projects like Summertime, Kidnapped, Love In Bloom, and Reef Break. These movies got a reputation for success in financial performance and critics' reception.

Melina Vidler is an avid social media user, mainly on Instagram and Twitter,r and entertains more than 21.2k followers on her IG handle. Most of the time, she posts photos of her meeting, hanging out with her friend,s and attending different events.

Similarly, Vidler joined Twitter on September 2015 having the username @melina_vider. Her Twitter bio suggests she resides in Sydney, New South Wales. The film actor has remained far from controversy in the media.

Melina Vidler still got her youthful looks and is reasonably fit for her age of 29. She stands at a decent height of 5 feet and 9 inches which is 1.75m. She is slim and weighs around 60 kg.

The lady has an attractive pair of blue-colored eyes. The native of Sydney possesses a magnetic body structure measured at 34-25-35 inches. There is no rumor of her weight loss; she maintains her body by going to gyms and swimming.

Milena Vidler was nominated for and awarded several prizes for her powerful performances in the film industry, including Logie Awards for Most Outstanding Newcomer for her role in 2016, an honorable award in Australia.