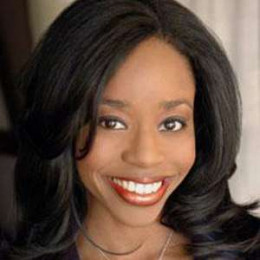 Melissa Magee is a meteorologist for 6abc's Action News. She graduated from UCLA with a BA degree in English and has completed atmospheric sciences and geosciences classes from Mississippi State University. She previously worked at WNYW in New York, where she presented the weather for the station's midday newscast prior to joining 6abc Action News team in 2009. Melissa also anchored the weather for the Good Day New York morning show, as well as the evening newscasts.

Melissa Magee married to Ronnie Schlemmer on 16 May 2010 at Anthony's Lake Club in Danbury. She is very loyal and faithful in her relationship and shares a good chemistry with her husband. According to her public profile, there is no record of her history boyfriend or affairs. Rumors exist that the couple is expecting a baby soon.

Melissa Magee was born in Los Angeles, California who holds an American nationality and belongs to the white ethnicity. She is widely known as a meteorologist for 6abc Action News.

Magee completed her graduation from The University of California, Los Angeles with a Bachelor of Arts degree in English and a minor in French. Later, she attends the Mississippi State University and studied atmospheric sciences and geosciences classes.

In 2010, she gained her certificate in Broadcast Meteorology. She is fluent in French too.

Melissa served as a weekend meteorologist and PHL-17 in Action News in 2009. Then she moved to WNYW and provided the station's midday weather newscast.

Magee made her Keystone State debut at AccuWeather and also anchored the morning weather show for the Good Day New York, as well as the evening newscasts. Further to her weather personalities, she also served as a feature reporter, produced and created original digital content for the station's website.

She served as Noon Anchor at KBAK-TV and continued to expand her weather service and became one of the station's primary weather anchors. She worked as the co-host of 6abc weekly entertainment, FYI Philly, exist and lifestyle program.

Currently, Magee is in a romantic relationship with Perry O’Hearn,  a fitness trainer, and owner of ‘Philly fitness’. The duo first encounters at Perry fitness center while Magee visits there for her fitness and physical structure. After dating for few years they engaged.

Prior to Perry, Magee was previously married to Ronnie Schlemmer on May 16, 2010, at Anthony's Lake Club by Liz Smith on New Milford. However, the couple couldn't handle their relationship and had divorced.

Magee has maintained an impressive net worth from her meteorologic career. She paid $96,380 monthly, however, her net worth hasn't revealed yet.

Melissa Magee got married to Ronnie Schlemmer on May 16,2010 at Anthony's Lake Club in Danbury. They are living their life happily.