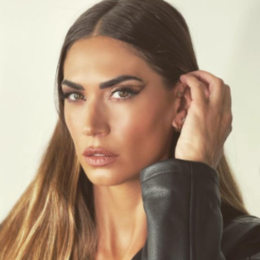 Melissa Satta is a television presenter famous as a showgirl in the Italian satirical series Striscia la notizia. Satta has appeared in Maxim magazine and was featured in the 2010 Sports Illustrated swimsuit issue.

What is Melissa Satta's Relationship Status?

Melissa Satta is possibly single at the moment as she's not spotted with any men following the separation from her baby daddy Kevin Prince Boateng in 2020. The icon has been raising her kid as a single mom. 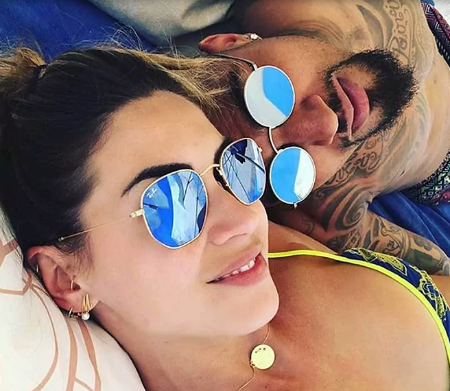 Moreover, the Bastardi cast dated footballer Kevin-Prince Boateng in November 2011, and the pair soon became engaged. They welcomed a child, Maddox Prince, in April 2014. The Ghanaian football star took to Twitter to announce he has been blessed with a son with the talented Italian model and TV personality.

In June 2016, they walked down the aisle in a lavish ceremony. Everything was going smoothly between the couple; suddenly, things took a sour turn. Melissa decided to split from Kevin-Prince in January 2019. In December 2020, they announced divorce via social media.

Previously, Melissa Satta was in a romantic relationship with Italian Television personality Daniele Interrante in 2003. However, after three years of romance, they called it quit in 2006, for unknown issues. 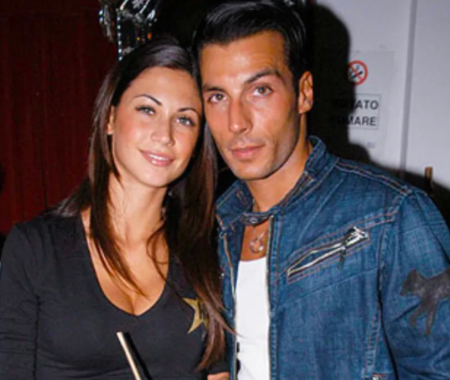 Melissa Satta was 18 when she was engaged to Daniele Interrante. SOURCE: Fame Shala

Followed by a breakup from Interrante, Satta moved on with Italian footballer Christian Vieri. Sadly, the pair broke up in April 2011 as Vieri's allegedly cheated on Satta with Sara Tommasi.

Likewise, Melissa got engaged to 45-year-old Italian businessman Gianluca Vacchi in September 2011. Likewise, the bonding between the two ended within a year.

But, in October 2011, Satta was photographed entering a hotel late at night with late American basketball player Kobe Bryant. The actress's alleged affair with Kobe Bryant led to Vanessa Bryant filing for divorce.

Melissa Satta possesses an estimated net worth of $2 million. The hazel-eyed earned a huge amount from her career as a model and TV presenter. For being a tv presenter, Satta receives a payroll of no less than £51,691 per year.

The brown-haired appeared in several advertisement campaigns and worked as a star model for the Pin-Up Collection. Satta was also made an offer to serve as the brand ambassador for world-famous sports brands such as Nike.

When it comes to lifestyle, the brunette beauty can afford a million-dollar house and a car. Besides, Satta spends her millions in traveling, dwelling on expensive designer brands and jewelry.

Melissa Satta and Kevin-Prince Boateng were married for seven years. They lived in a relationship for nine years.

Maddox Prince is the only child of Melissa Satta with ex-partner Kevin Prince Boateng. Maddox was born in April 2014.