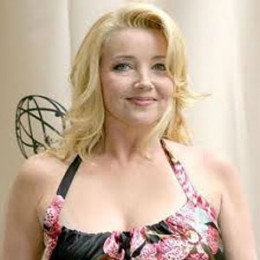 American actress, Melody Thomas Scott is best recognized for her role as Nikki Newman on the American television soap opera, The Young and the Restless since 1979, for which she received Best Actress in 8th Telegatto Awards in 1991 and also won 17th Soap Opera Digest Awards for Outstanding Actress in 2001. Scott ’s other work includes, ‘Code R,’ ‘Wagon Train,’ ‘Charlie's Angels,’ ‘Ironside,’ ‘The King of Queens,’ ‘Makin' It,’ and ‘The Crazy Ones.’ Scott has been married twice and is a mother of three children. She currently lives with her third husband, Edward Scott in Beverly Hills, California.

Scott was bought up by her grandmother who was a compulsive hoarder. From her childhood days, she had a passion for acting in movies.

She attended the University of Southern California and earned a degree in music.

Melody Thomas Scott first appeared as a child actor in the 1964 American psychological thriller film, ‘Marnie.’ She then acted in an episode each of ‘Wagon Train’ and ‘Ironside.’

In 1971, Scott featured in American Southern Gothic, thriller-drama film, ‘The Beguiled,’ alongside Elizabeth Hartman, Geraldine Page, and Jo Ann Harris among others. She also made her appearance in the movie ‘Posse’ (1975).

In 1976, Scott was cast in American Western film, ‘The Shootist’, starring Ron Howard, Richard Boone, Sheree North, and others. Between 1997 and 1998, she worked in the number of movies including, Secrets, Code R, Fish, Charlie's Angels, Piranha, Makin' It, The Rockford Files and many more.

In 1980, she appeared in the TV film, ‘The Scarlett O'Hara War.’ The movie is based on the novel Moviola by Garson Kanin. She also guest-starred in an episode of American primetime drama series, 'Hotel' as Mandy Vinning.

Scott made her appearances in others movies including, 'The King of Queens,' 'The Paradise Virus' as well as in television series, 'Freezerburn,' 'My Name Is Earl', 'Castle', and 'The Crazy Ones.'

Hello,friends!Want 2 urge u 2 tune in 2 @TheTalkCBS on Mon, Feb.18,for an amazing celebration of my 40th anniversary w/@YandR_CBS.The actual anni is Wed.Feb.20.That day's episode will B a stand-alone epi of Nikki w/vintage clips,not seen since 1st airing!Go down memory lane w/me!

She is best known for playing the role of Nikki Newman in American TV soap opera The Young and the Restless since 1979 till present. It's totally amazing that Scott's been in the show for 40 years. CBS Daytime has special plans to celebrated the big day with the actress at the network.

She's scheduled to appear on The Talk on 18th February 2019 and on 20th February the Y&R will air a stand-alone episode.

Melody Thomas Scott is an American actress and generates her income through acting. Her currents net worth is around $7 million. Melody appeared in a number of movies which collected a good sum at the box office. Some of them are:

Before Edward Scott, Melody was married to Michael Altman in 1979. She divorced Altman in the same year.

She also has a daughter, Alexandra Danielle Yeaggy from her former fiance, Carlos Yeaggy, a make-up artist, who died on March 30, 1997, due to a heart attack in Los Angeles. Melody and Yeaggy first met on the set of The Young and the Restless in 1982. After dating for a couple of years, they got engaged. However, they split in April 1984.

Melody Thomas Scott was married to Michael Altman in 1979. She separated from Altman in the same year.