The 20 year, Melvin Gregg is a famous American actor, Youtuber and TV personality famous for his Vines and videos. He keeps buzzing the online platform through his wide acting range videos and funny clips. He is one of the TOP 100 Vine personalities and also has collaborated with other popular Youtuber like Logan Paul.

He debuted on television through the series, Whatever and is most popular for his roles in A House is Not a Home and Alpha House. One of his best-regarded videos is Best Denzel Scene. He is also believed to be dating an unknown girl. His upcoming movies are High Flying Bird and Same Difference.

On 22 September 1998, Melvin Gregg was born in Portsmouth, Virginia. He is the only son among 7 children of Constance Gregg and Melvin Vaughan. He completed his school in Portsmouth and then joined Old Dominion University.

He graduated from the University with a degree in marketing. Spending some time in the hometown, he found himself more interested in the entertainment industry. 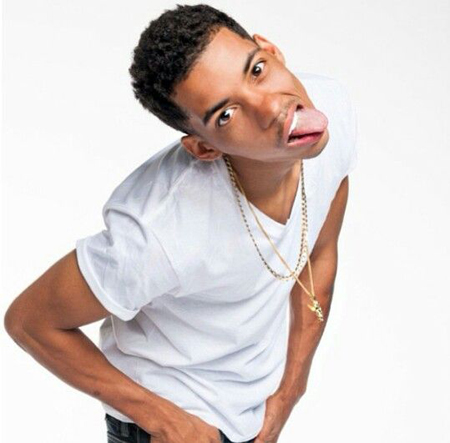 Portrayed by Melvin Gregg
Source: Pinterest
He then moved to Los Angeles to expose himself to acting and online entertainment industry. He is believed to earn his initial fame through the online networking platform Vine. But, Vine is not his first online platform.

In 2009, he created a self-titled channel, Melvin Gregg on Youtube and started developing different funny videos which was much earlier than the Vine existence. As of 2018, he has more than 342k subscribers and above 18m views.

Melvin Gregg debuted in Television through a TV series Whatever in 2011. He appeared in 4 episodes of the show in the character of Derek. The role led himself to be more motivated and devoted himself in this field.

His online vines and youtube videos gave him extra fame and helped him build a strong foundation in the movie industry grabbing more audience. In 2012, Melvin landed the main role for Michael Matteo Rossi directorial TV series The Fallen Prodigy.

Melvin made his first Hollywood debut in 2013 thriller drama Coldwater. Though he had a small role of an inmate, he certainly impressed his followers. Later in 2013, he appeared in comedy movie Cleaver Family Reunion portraying the character of William Cleaver. 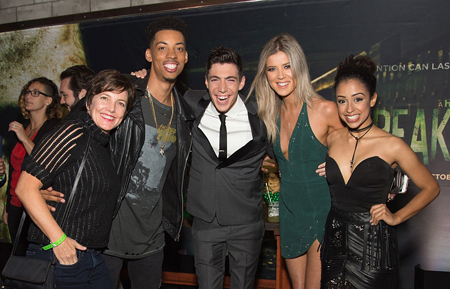 Melvin in the premiere of Hulu with Tyler Chase, Meghan Reinks, and other stars.
Source: Pinterest

Again, in 2014 he starred in lead roles with Randi Leigh Borden for the horror movie Loss of Life. The movie did not perform well at the box office but help him gain more followers.

He also appeared in different short movies like Benny Picasso and The Land of Misfits in 2014. After 2014, he was more active in television movies and series than in Hollywood.

He starred as Sonar Lead Petty Officer in the 2014 sci-fi action TV series Asteroid vs Earth. He got the opportunity to work with profound personalities like Tom Russ and famous actress Tia Carrere. 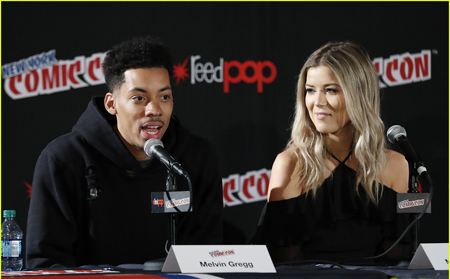 Later in 2015, he portrayed the character of Jamal in the four episodes of popular comedy TV series Sexless. The series is well appreciated by the critics and his performance was also recognized widely. In 2015, Melvin played the main role of Jolley in another drama  TV series, Class. The series obtained 7.1 in IMDB and his performance was loved widely.

Finally, in 2015 he returned back to Hollywood with the movie A House is Not a Home. Again, in 2016 he did another movie The Land. In the year 2017, Melvin did multiple TV series like Caught, Dead House, Freakish. But, he only got a major credited role in 2018 through the series UnReal. He appeared in the role of Zach Taylor in 8 episodes of the 3rd season of the show.

Recently, Melvin is active in Youtube Videos as well as busy filming Hollywood movies like High Flying Bird. He is also cast in the 2019 mystery movie Same Difference.

He is steadily moving forward in his career. In his short career, Melvin has succeeded to earn a beautiful fortune. From his movies, series, and videos he is believed to have accumulated a net worth of $2 million.

Beside his videos, he also has been appearing in a different commercial of reputed brands like Sony, Nike, and Google. It is believed he earns more than $10,000 from his every commercial. Besides luxurious cars, Melvin also enjoys high-class helicopter rides around the cities.

He is also believed to earn huge salary form the TV series. His normal income is estimated to be $6,500 per episode.

He has 6 sisters in the family, besides his parents. He has a house in Portsmouth, Virginia. He loves petting animals and moreover he likes dogs. He pets a gray colored pitbull which he also had shared on Instagram. He has named his pit bull Riley.

He loves playing basketball and also enjoys performing stunts in his cycle in the neighborhood.

Melvin is believed to have a girlfriend and reportedly he dated in early 2011. But in 2012 it was rumored they broke up. In recent years he is frequently surprising his fans with tweets related to his unknown girlfriend.

The media has not still got the clue about his girlfriend. But, he is indicating he has one and loves her so much that he doesn't want to publicize and want to enjoy a private love life.