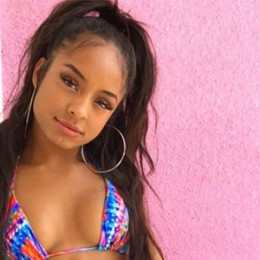 The New York-born fitness model and instructor Qimmah Russo came into the limelight in 2010 for her growing online presence. She runs a fitness class where she gives lessons on fitness and developing their mental health. Besides, she models for some fitness brands and earned various scholarships with fitness companies.

Qimmah Russo was born on December 16, 1993, under the birth sign Sagittarius in New York, United States. Both of her parents were an athlete. Her father Kenneth Russo was a baseball player while her mother Rayietta Russo was a hockey player.

Her parents raised her with her brother Tamir Russo who was a football player and being brought up in a family of athletes inspired her to take on sports. Earlier on, she used to be a basketball player and joined the professional basketball team in her college. 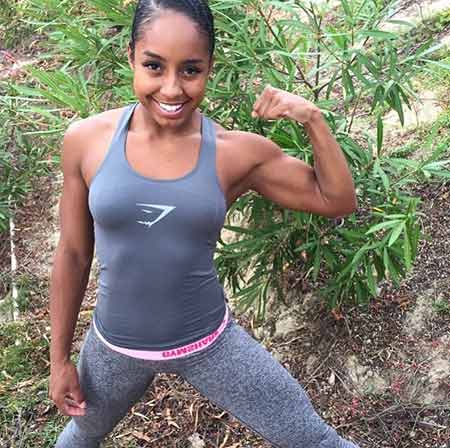 However, she left the sport and diverted her focus on building a fit body so started doing weightlifting. In her early childhood, she dreamt of becoming an OB-GYN.

As for her educational background, she studied kinesiology and sociology during her time at the College of Canyons in Sant Clarita, California.

Qimmah Russo is professionally a fitness trainer and online entrepreneur who became a household name in the fitness world in 2010. She offers fitness classes through her website q-flexfitness.com in addition to developing their mental health.

She shares a lot of her fitness regime on her social media sites to help people stay fit. In the world of many popular female fitness models like Patricia Alamo, Kayla Itsines, Michelle Lewin, Jen Selter, and Izabel Goulart, Russo managed to stand up to them and became a name in the fitness world. 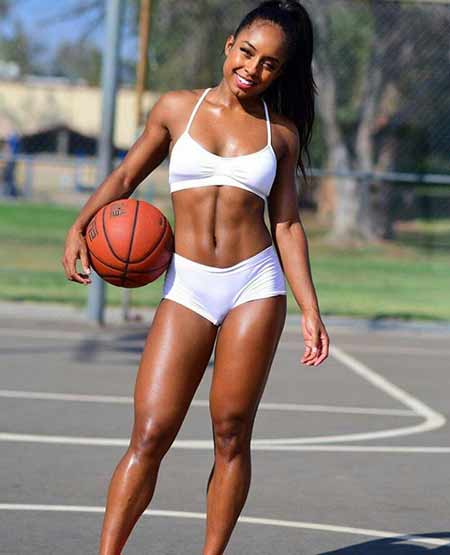 Her exposure on the internet sites made her an internet sensation and she received outgrowing followers. People are inspired by her dedication to fitness as she loves what she is doing and people totally buy her story.

She also used to run a vine channel before and collaborated with other viners like Alphonso McAuley, Klarity and Melvin Greg.

Qimmah Russo follows some of her own fitness workouts to maintain that ripped body. She usually does strength and conditioning workouts to build up her entire body and mixes it with other fitness activities. Moreover, she changes her routines according to her body's reaction to different exercises.

Besides, she does bodyweight exercises, weightlifting, and calisthenics but doesn't like cardio machines as she believes it makes people lazy. Every fitness personality loves squats and Russo is among them since it helps her to gain muscles in her leg, glutes, and back.

As for her nutrition, she consumes healthy foods and eats clean foods. She loves eating fruits like bananas, apples, blueberries, and Avocados for their health benefits. Similarly, she eats raw vegetables, low-fat cheese, dark chocolate, nuts, peanut butter, and eggs to stay healthy.

The fitness trainer Qimmah Russo managed to make a huge career for herself in the world of fitness. According to Payscale, the average salary of a fitness instructor is $29.79 on an hourly basis and they earn around $46,426 per year. 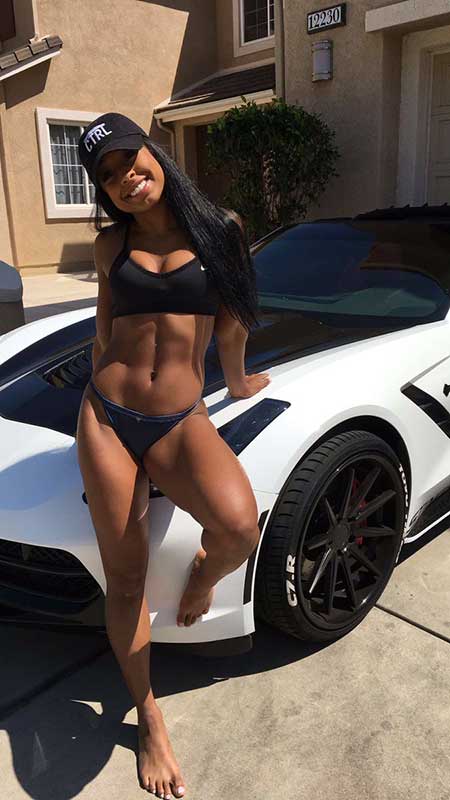 Qimmah Russo was photographed with her BMW 435i car.

Her luxurious cars and lifestyles reveal that she is enjoying her life with a decent amount of wealth stacked up in her bank accounts. Her net worth, as of 2022, is around $500k.

The charming fit lady Qimmah Russo is not married as of yet and her relationship rumors are nowhere to be seen on social media. She lives a low-key life when it comes to sharing her private life.

As for now, she is enjoying her single life and having fun with her friends and family.

Furthermore, she is active on social media sites where she shares pictures of her ripped body. She maintains 42.8K Followers on Twitter and 2.1 million Instagram followers.