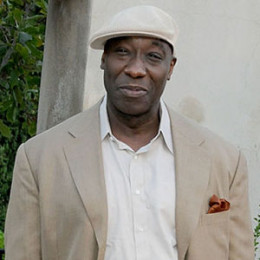 Michael Clarke Duncan was an African-American actor remembered for his role in 'The Green Mile' (1999). He is well known for his huge size and deep, resonant voice. Duncan received an Oscar nomination for his appearance in 'The Green Mile,' the 1999 prison film starred alongside Tom Hanks. His latest work was Redemption Road and the TV show 'The Finder,' as well as contributing his voice to 'Kung Fu Panda.' He also worked in Spider-Man (2003), and Planet of the Apes (2001).

Born on 10th December 1957 in Chicago, Illinois as Michael Clarke Duncan and was raised by a single mother Jean Duncan, a house cleaner with his sister, Judy Duncan. Michael was an American citizen and belonged to African-American ethnicity.

He played basketball at Kankakee Community College and Alcorn State, for one season. He dropped out of college and worked security jobs for clients, including actors Will Smith, Notorious B.I.G, and Martin Lawrence. He quit the personal protection business after B.I.G was killed in 1997.

Michael began his career playing the role of bouncers in many films including 'Bulworth' and 'A Night at the Roxbury'. He was cast as 'Bear' in the blockbuster Michael Bay action film called 'Armageddon' (1998).

He became friends with castmate Bruce Willis while the production of Armageddon and because of Willis' influence he landed his breakout role as gentle giant John Coffey in the Frank Darabont film named 'The Green Mile' (1999). For his performance in the movie, Duncan was nominated Academy Award and Golden Globe for Best Actor in Supporting Role.

After that, he appeared in a number of films like The Scorpion King, Daredevil, Planet of the Apes and See Spot Run. In 2005 Clarke featured in two action movies, The Island and Sin City. Besides acting, he also did voice roles for Brother Bear 1 & 2, Kung Fu Panda and Green Lantern.

He appeared as a guest on the late night talk show The Late Late Show with Craig Ferguson when the show was taping for a week in Scotland on 14th May 2012.Duncan also appeared in an episode of The Suite Life of Zack & Cody and a first-season episode of CSI: NY.

Michael Clarke Duncan was engaged with Omarosa Manigault, the director of communications for the Office of Public Liaison for President Trump's administration.

On 13th July 2012, Michael Clarke Duncan was taken to Cedars-Sinai Medical Center after suffering a heart attack. The reports by the media say that her fiance Manigault tried giving him CPR before rushing him to a hospital.

Duncan had a net worth of around $18 million. His partner Omarosa decided to sell the home she shared with her beloved fiance Duncan and has put the luxury home on the market for $1.299 million.