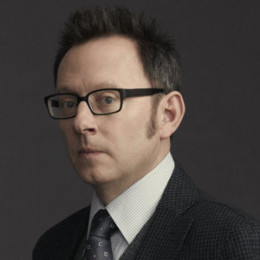 An American film and television character actor, Michael Emerson is currently married to actress Carrie Preston since 1998. He was born to Carol and Ronald H. Emerson. Michael attended South Tama County High School and graduated from Drake University in Des Moines, Iowa. Upon graduating in 1995, he returned to New York and appeared in the annual Alabama Shakespeare Festival showcase. He co-starred with Kate Burton in both Give Me Your Answer, Do! and Hedda Gabler.

Emerson won an Emmy Award for "Outstanding Guest Actor in a Drama Series" and nominated in 2009 for a Golden Globe for the "Best Performance by an Actor in a Supporting Role" category. Michael Emerson is married to actress Carrie Preston on September 1998, who plays his fiancee, Grace Hendricks, in the series "Person of Interest". Michael Emerson is divorced man but has not disclosed his former wife name in his bio.

Emerson is married to actress Carrie Preston on September 1998, who plays his fiancee, Grace Hendricks, in the seriesPerson of Interest.