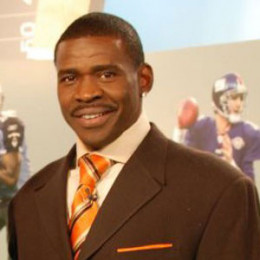 Michael Irvin is a legendary former Dallas Cowboys player. He is a wide receiver who helped the Cowboys win three Super Bowl Championships. Irvin is a married to Sandy Harrell.

Michael Irvin was born on 5 March 1966 as Michael Jerome Irvin. He was born to Walter and Pearl in Fort Lauderdale, Florida. He grew up along with his eight siblings.

Irvin went to St. Thomas Aquinas, a private Catholic school. He graduated from the University of Miami. He used to play football while in college.

Michael is a former American football player. He also worked as actor and sports commentator. He started playing when he was at the University of Miami. He helped the school win a national title in 1987.

Irvin’s talent got him selected for the Dallas Cowboys in the 1988 NFL draft. In the early 1990s alongside quarterback Troy Aikman and running back Emmitt Smith, he led the team to the perennial title contender and three-time Super Bowl winner within the four years.

In 2005 he was inducted into Dallas Cowboys Ring of Honor along with Troy and Emmitt. He served the team for 12 long years with 750 catches and 11,904 yards both good for ninth all-time in NFL history.

His ability to make so many big catches earned him the nickname The Playmaker. He was also named the MVP of the 1992 Pro Bowls for his 8 catches and 125 yards as well as a touchdown in the NFC's 21-15 triumph.

He had to give up his dream career in 1999 due to his spinal cord injury. Later in 2001, he was inducted into the Pro-Football Hall of Fame followed by Hall of Fame in Canton, Ohio in 2007 and Texas Sports Hall of Fame alongside Jim Ray Smith and Ray Childress. The same year he was listed as Top 33 football players in FHSAA's All Century Team.

Furthermore, Michael started working for ESPN’s Sunday NFL Countdown as a broadcaster. In 2009 he participated in season 9 of Dancing with the stars and made his way up to top 10 in the competition. As of now, he is an analyst for NFL Network.

In addition, he co-starred in The Longest Yard in 2005, featuring Adam Sandler and Chris Rock. He also guests starred in the film Jack & Jill in 2011. He played one of the pros in Pros vs. Joes. He then hosted Spike TV's 4th and long. He performed a cameo role in basketball drama Slamma Jamma in 2017.

Scuffles with the law

In the year 1996, Michael got arrested for cocaine possession. He was also accused of sexual assault for multiple times including that of Dallas Cheerleader Nina Shahravan.

He constantly refused the allegations and was finally declared not-guilty after several investigations. He was also arrested on drug possession charges after his retirement from the NFL.

Sandy Harrell is the current wife of Michael Irvin. The duo married in the year 1990.  They have three children together.

Irvin earns a decent amount from his career. He has accumulated an estimated net worth of $ 15 million till the date. In 2011, it was announced that he would be the primary investor as well as an advisor for the Elite Football League of India.